In Sweden, the doctoral degree conferment ceremony dates back to the 17th century and is generally viewed as one of the most significant traditional academic ceremonies. The conferment act is a graduation ceremony which originates from the oldest medieval universities in southern Europe.

During the ceremony, the higher learning institution gives its new doctors and honory doctors the symbols of honour, the so-called insignia: the hat or the laurel wreath, the ring and the diploma.

The word promovere literally means to bring forward, but, in this context, it means to promote. The one about to have his degree conferred, the doctoral graduand, is called promovendus or promovenda (promovendi in plural). Just after the ceremonial act, they are referred to as promotur, promota or promote.

Promotor is a Latin term used in Sweden. It denotes the full professor who through the insignia gives the promovendi the honours of the doctorate. An important part of the ceremony is when succession is marked, and therefore the promotor opens the ceremony by crowning herself or himself with the words: “I N.N., myself a PhD …”

The tradition to appoint honorary doctorates, doctores honoris causa, was initiated in 1839, when the first honorary master’s degree, as it was then called, was conferred at Uppsala University. However, the tradition did not become widespread until in the 1940s. A honorary doctorate can only be bestowed upon a person by promotion. However, exactly what achievements are honoured in this manner vary between higher learning institutions.

The academic ceremony as such is very rich in symbolism, but few of its symbols are as inspiring as the Parnassus, the small podium over which the doctoral graduates (the promovendi) pass over guided by the promotor.

The Parnassus of the University of Gävle has a soft curvature which is a symbolic reminder of the silhouette of the real mountain Parnassos. Our Parnassus was designed by Ola Jeppsson from the Faculty of Engineering and Sustainable Development. It is made of sustainable material, selected for its long-lasting quality, and its construction is specially adapted to work well for wheelchairs, high heels as well as slippery patent leather shoes. Besides, it is easy to pack, store and transport because if its clever design.

Read more about the Parnassus and its symbolic meaning: 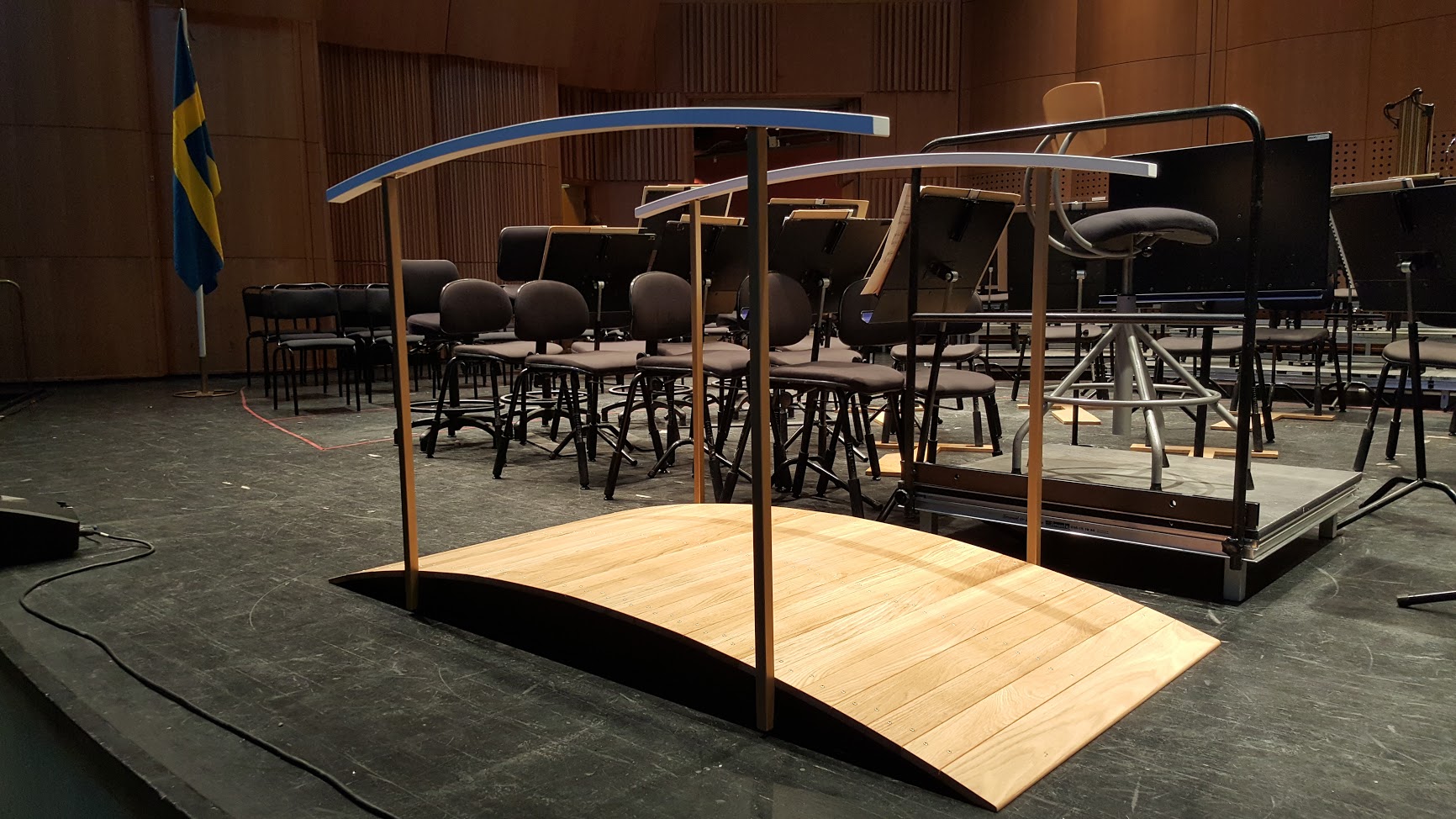 The insignia are signs of the doctors’ new dignified honorary status: the promotor gives them to the doctoral graduates in the ceremony.