Ylva Fältholm is Vice-Chancellor of the University of Gävle since 1 July 2017. 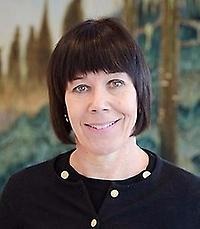 Ylva Fältholm was born in 1962 in Vallentuna and grew up there and in Gällivare. She is a civil engineer, a human work science researcher and professor and has studied and worked at Luleå University of Technology (LTU) since the 1980s.

Her research in the subject industrial work environment has been focused on management and control to create efficient, innovative and gender-equal work places, as well as on on how organisational change and new technology affect professions and professional roles. She was awarded her doctorate by LTU in 1998.

During the period 2001-2006, she was head of department at the Department of Human Work Sciences, LTU. She was appointed associate professor (docent) in human work sciences at LTU in 2007 and became a full professor in 2011. At the same time, she was appointed deputy dean, and, later on, dean, of the Faculty of Technology and Natural Sciences at LTU.