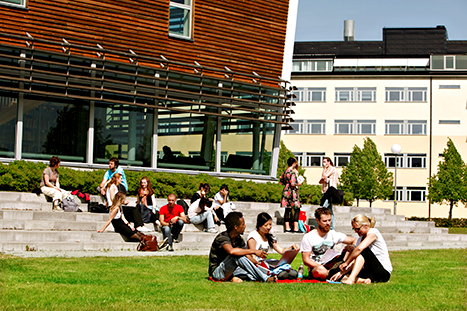 In the report where the nursing students stress related problems have
been investigated during their education, the University of Gävle is one
of the educations where the students report the least stress.

It is well known that the stress symptoms and mental disorders of students are increased during the nursing education.

To more closely investigate causes and potential differences between different educational institutions KI has conducted a study with over 1700 participating nursing students.

The study is unique since it follows a national group of students with yearly follow-ups during the educational period and the following five years after graduation.

To investigate the differences between educational institutions is also new when it comes to the occurrence of stress related problems, and in doing so the nursing program of the University of Gävle has been positively noted.

When it concerns problems related to stress caused by too heavy workloads, where the largest difference amongst educational institutions were shown, the students in Gävle showed the lowest levels.

Also stress caused by differences in moral values was lower during the whole educational period for the students of the University of Gävle.

What creates these differences?

What is it that creates these differences between educational institutions? In former evaluations of the nursing education conducted by the board of governors, the differences in the structure and layout have been pointed out as a factor.

It is very important to take stress related problems seriously in an early stage. The increase in burn-out symptoms has consequences for the learning process as well as the preparations for the work life.

For further information, please contact:
Gunilla Mårtensson, Study director at the Department of Occupational and Public Health Sciences at the University of Gävle, 073-460 65 37