The project manager crucial whether EU-billions should generate commercial innovations 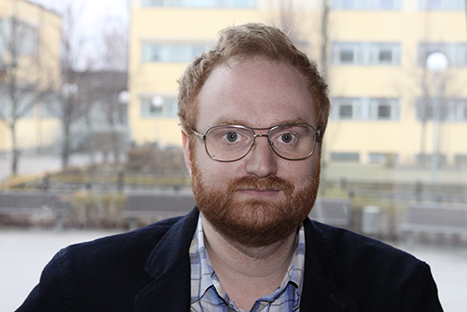 Jens Eklinder-Frick, PhD in business economy at the University of Gävle, shows in his research that innovations are often put on the sidelines which leads to that the commercialization of the innovations are halted.

To encourage regionally established innovation and social development the European Union has the ambition to become the world’s most competitive, dynamic and knowledge-driven economy.

Between 2007-2013 EU has spent 347 billions on these arrangements which makes this EU’s largest expenditure item. Much research has been dedicated to questioning whether this procedure is effective.

- But there is less research that investigates how the project managers are supposed to make use of it. The development of strategy and direction of the regional strategic networks are commonly left to the project managers, says Jens Eklinder-Frick.

Binding social capital features small homogenous groups that together develop long-term collaboration where trust is built up through close contacts. Bridging social capital on the other hand allows for a more open approach to social relations where it is easier to establish new contacts with people and companies from different social contexts.

- Binding social capital lays down a good foundation for a close collaboration but may also lead to too similar thinking.

- Bridging contacts outside one’s own social group governs new thought patterns and contributes to inspiration and creativity, but the somewhat more transient contacts however makes it more difficult to develop mutual trust within a group.

When a collaborative network is created, these different expressions of social capital appear to be a paradox that can be difficult to handle. Should one support existing network structures and risk creating a smaller innovative environment, or should one include members from the outside to promote innovation.

- There are pro’s and con’s to both approaches. I emphasize this paradox through my analyse of the Firsam-project.

- My studies were able to show that the project manager of a regional strategic network not only has to handle situations where new solutions are developed but also where they are transformed into products and used as such.

- Strategic networks often focus on the development of new products and services. To integrate and support the production of these innovations, however, is often lost in the process which leads to that the commercialization of the innovations is hindered, says Jens Eklinder-Frick.