The secret of confluent jets 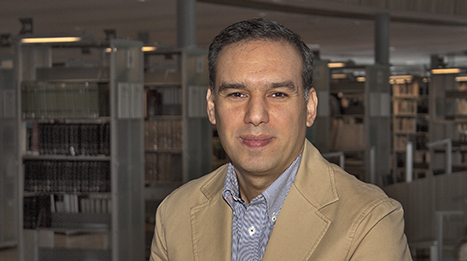 Shahriar Ghahremanian researcher at the University of Gävle shows how with the help of confluent jets one can move large amounts of air in a room and both save energy and improve ventilation.

Shahriar Ghahremanian’s research concerns air currents. He shows that if one places holes in a wall  at a certain distance from each other, and then allow air to come through them under high pressure, then at first the air jets will be separate, and then interact, and finally form a single more powerful super jet.

Nobody had previously studied in depth how these air currents changed, depending on the distance between them.

Earlier there were many studies regarding the position of one or two air currents, but no studies at all about what happens if one has several currents or if they make a special formation.

Designed his own wind tunnel

Measurements were performed at the Delft University of Technology in the Netherlands, worldwide leader in the field. The researcher built a wind tunnel to be able have complete control over the behaviour of the air currents and performed the tests at the institution there.

“The interesting thing was seeing how the air currents integrate with each other, how they meet each other and how they interact. Some interact and form one single jet and others don’t interact at all.

“These findings can show where one should place one’s ventilation equipment.”

Until now it has been a problem if one has a large room, a large surface. The air in the room moves slowly and doesn’t contribute to the ventilation.

Ghahremanian discovered that if you force the air currents to interact then the fast speed remains intact and lasts much longer.

“We performed measurements in a very large industrial facility in Tallinn and we saw that it functioned perfectly and fulfilled the standards of indoor climatic conditions and comfort.

Both heating and cooling

Today one often has two systems, one for heating and another for cooling, which often counteract each other.

These new ventilation systems work for both cooling and heating. Confluent jets can be used in connection with heating and cooling of premises.

“One does not need to use radiators for example; one can use the same principle for heating/cooling a room. One also saves energy by not needing such an initial high pressure but the pressure is created when the air currents interact.”

Other conceivable areas of usage:

“This is quite new research and it is now important to spread the knowledge of this for specific areas of usage, though in many areas it can be put to use immediately.”

Shahriar Ghahremanian is an energy engineer and comes from Teheran in Iran. He initially came to the University of Gävle to do his MA. He became employed on a special project and later got the opportunity to do his PhD here.

“I now have a few supplementary analyses to complete, and also a number of advanced measurements to make, to be able to achieve a greater understanding of this phenomenon,” says Shahriar Ghahremanian.

Shahriar Ghahremanian defended his thesis “A near-field study of multiple interacting jets: confluent jets” at Linköpings University on the 6th of February.