Lean is a management process that one cannot delegate to consultants 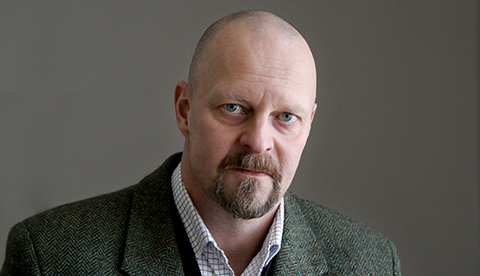 “A prerequisite for processes in a company to develop is that management supports the other employees in the company so that they grow at the same time” says Jonas Renström, researcher at Gävle University.

Lean is a collective name for a number of strategies in business development and originates originally from the Japanese car manufacturer Toyota. It is a concept that over time has evolved and been interpreted in a number of ways. It is a concept that many are trying to introduce within industry and even health care and so on. Many companies want to get on board but only 10 percent accomplish what they had hoped to achieve.

"One can obtain certain results, when one only works on minimising wastefulness and standardising operations and so on, but often these are not upheld" says Johan Renström

If one travels to Toyota and observe then one will see their Lean tools but the principles by which they lead their enterprise are not so evident.

"It is deceptively simple if one looks at it. You get a number of tools in order to measure and standardise, create routine descriptions etc but the method of leadership and the attitude, perhaps the most important, you do not acquire."

"It is not certain that you can apply the tools within health care or even outside the car industry. The attitude and method of leadership is however valid everywhere."

“Toyota is often mentioned in passing as a learning organisation and it is because of this that they accomplish so much – and then one starts to talk about the tools again.”

The management group of a company is the key when one is going to work according to Lean. The important thing is to create structures for learning, and to participate in the processes that come about.

“First see to it that I understand myself, and then I can train and coach those in my organisation.”

"One often talks about these concepts as if they were the same thing. But they are different and support each other and both are required."

Management is the structures to hold an organisation together; its figures, routines and processes. Leadership is participation, motivation and influencing behaviour so that people do in fact implement the structures we have.

A manager needs to master both, though it is quite common that managers are more competent in one of the two areas.

“Someone may be very clever at structuring but unable to go out and influence behaviour and unite their colleagues.”

“Based on what Lean, it addresses both aspects – they compliment each other and respond to different demands. You have Toyota’s toolbox, but you also have people who cooperate and act in a specific way. You need to define a code of conduct where people are willing to participate.”

“Otherwise one easily has a management that tries to force a change, but doesn’t have any idea how things are in the enterprise that one wants to change.”

It must be linked to the strategy

Companies need to clarify why one wants to introduce Lean. What it is that Lean can solve or contribute to in the business? The change needs to be linked to the company strategy so that it does not risk becoming a project on the side.

If one has understood what Lean is then it will be Lean that facilitates the strategy for the growth of the company. If however Lean is just something that “is good to have in production processes”, well then it will be difficult for management to support the work.

"It’s important that this method of working is established throughout the whole organisation. Otherwise it is easy to slip into silo mentality and the rest of the organisation carries on as normal."

"Then you get a lift for a while and then the local improvements are forced back by the rest of the organisation."

It is common that management way up in the hierarchy of the company employ consultants to come and do work down on the factory floor. One has then bypassed perhaps three levels of management so when the consultants leave there are three levels that have not been included, and may thus have no knowledge of the system. (Consultants can contribute with important knowledge but a company needs to consolidate ´ownership´ within its management, and not in temporary consultants. Therefore, how one makes use of consultants needs to be carefully considered.)

“I clarify this in my own investigations made in a large Swedish industrial company. It is not good if one relies on consultants, rather than training the management of one’s own organisation."

"Ownership and competence concerning the work methods need to be present in management, and development needs to be part of the company strategy.”

Jonas Renström is industry-employed doctoral student and linked to CLIP at Gävle University and the KTH Ergonomics Department (Royal Institute of Technology). In the future he wants to study how one could work with professional development within management using Lean.

"So that one doesn’t make the mistake of hiring expensive consultants."