We must start paying the bill for our mobile telephones 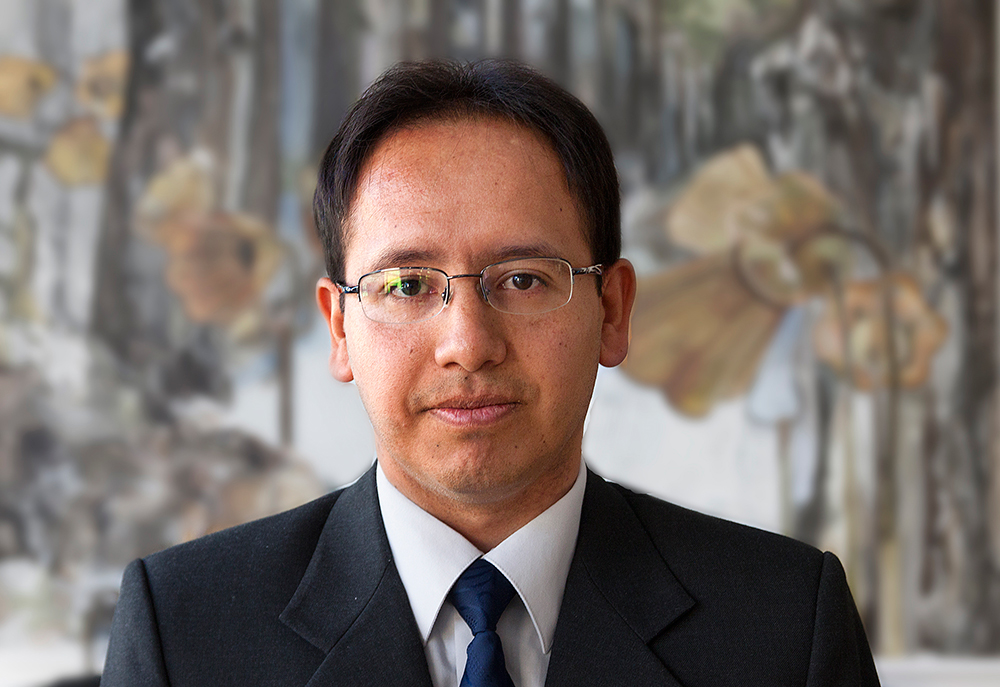 ”The big question is how we are going to meet the demands of increasing data communication, at the same time as we have to limit our electricity consumption,” says Efrain Zenteno, researcher at Gävle University.

Our demands are greater and greater

We live in a time when demands on data communication are increasing. We have become used to talking for hours and even watching video films on our mobiles. This results in an enormous need for data traffic using wireless communication. Together with this is a seemingly contradictory demand that causes a lot of stress in the world today - the need to reduce our use of electricity.

“Both are needed, but we must start paying the bill for our mobiles. We have to develop more effective techniques and make it possible to use green electricity,” says Efrain Zenteno.

We also want cheaper and cheaper technology; better TV at a much lower price, faster and cheaper mobile telephony. It has also become a matter of equality since so many more people today have access to wireless communication.

- In many places it is seen to be a human right , on the same level as free speech. The idea is to have very cheap technology which can be used by everybody.

- The problem is that such cheap technology has a tendency to be imperfect; it can mean bad images/bad coverage etc.

- We can now show that there are several techniques that would allow for the use of small, cheap, powerful computers and that alter those flaws generated by cheap software.

Computers have become so much cheaper and more powerful, they double their capacity periodically.

- This will help others to develop systems that are much cheaper and at the same time much more effective.

The study is not limited to mobile communication, the theory matches several techniques.

Therefore, satellite techniques have been studied in exactly the same way as wireless mobile communication.

In the case of satellites it is a question of how one can increase the life span of the satellite and decrease their energy consumption; also how one increases the number of TV channels in satellites. Satellites are interesting technically because they are very specialized.

Satellites do not use much energy either because they operate with a digital signal that is not so energy-intensive. The mobile wireless traffic on the other hand must transfer an analogue signal to the transmitter antennas and that is energy-intensive.

- It is extremely expensive to launch and run satellites. Everything that can be done to maximise their life span and application would be really profitable.

- Satellites have no energy resources other than those they had with them; they must exist with what they have on board.

A worldwide field of research

This is a worldwide field of research where researchers try to reach the same goals. The whole time research reports reveal small steps towards more mature systems.

“My contribution is such a little step in that direction.”

Efrain comes from Arequipa, a city in the south part of Peru that borders onto Chile.

“It is much warmer than here, even though Areuipa lies 2,400 metres over sea level.”

“My brother had studied in Canada, but I am the first in our family to have travelled so far.”

Sweden is not such a common destination for students in Peru.

“It has been a fantastic experience for me to study at Gävle University, but even to get an insight into how society works here in Sweden.”

He feels that Sweden has come far in its development. And that everyone is given a chance to contribute to the expansion of the country; an example that many areas of the world should try and imitate.

“Sweden is always in the forefront as far as the will to embrace and take on board new technology, even compared with the U.S.A. This is one of the biggest reasons why Sweden has reached such a leading position as far as technological development is concerned.

I think you were first with 4G, and you have such competent engineers who at the same time are good at bringing the technology to an interested public.

In the future I would like to continue to develop and spread my research. I will look for places where there is that possibility.”

Efrain Zenteno defended his thesis "Digital Compensation Techniques for Transmitters in Wireless Communications Networks" at KTH on the 15th of June.