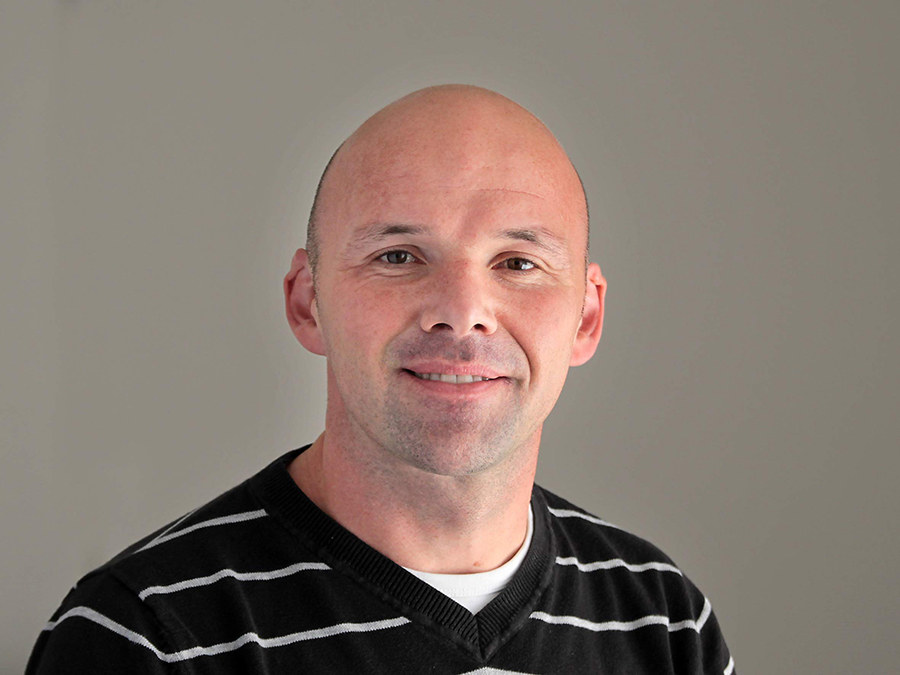 “Most handwritten documents from medieval times are anonymous, and there is an urgent need to place them in some kind of context,” says Lasse Mårtensson, researcher and senior lecturer at the University  of Gävle.

A project that has received SEK13.46 million from Riksbankens jubileumsfond (the Swedish Foundation for Humanities and Social Sciences), deals with acquiring and interpreting the handwritten sources of our history.

“My specialty is language and script. The new project is called “New eyes look at the medieval scribes of Sweden” and the main point of it is that digital image analytical methods will be used on the medieval handwritten sources.

Computers can perceive and determine forms that we often cannot see with the naked eye, and they can do it with complete accuracy.It is these methods that are the new eyes in the title of the project,” säger Lasse Mårtensson.

“My thesis involved medieval linguistics and manuscripts, which meant that I became a part of this collaboration between linguistics and image analysis. We have then been lucky enough to find this fortunate constellation in our research team.

My role as a linguist is to interpret the data that is extracted using the digital methods, and to direct the attention of the image analysts towards those aspects that are important to investigate. In the end it will also be my job to make a synthesis of the information that has been extracted.”

The new research project falls within the framework of what is often known today as digital humanities. It implies that one uses digital tools in the service of humanities, which can, for example, mean that huge quantities of empirical data can be analysed with the help of computers. The combination of language and image analysis is, with regard to research, an innovative meeting between digital technology and humanistic research, and there is great potential for future research reports here.

In a current project, financed by the Swedish Research Council (registration number 2012-5743), the same project team is working on developing and refining various digital search methods directly on handwritten texts. Such a method that involves finding word forms directly is known as Word Spotting.

Both the current and the new project are interdisciplinary. Lasse Mårtensson is from the Swedish Language Faculty at the University of Gävle, whilst the others are from Image Analysis and Computer Linguistics at Uppsala University.

“Interdisciplinary research often takes place between closely related subjects, but in this case it is a question of subjects that are not closely connected. I know nothing about programming, and image analysts have only a basic knowledge of medieval linguistics and script,” says Lasse Mårtensson.

– During the fifteenth century the Swedish language changed a great deal and the ancient language began to transform into the Swedish we speak today.

– Now that the digitalisation of handwritten documents is taking place, thus making them available, then it is also a requirement that they are comprehensible. The medieval sources are usually anonymous and there is a great need to be able to put them in a context.

It is the person behind the written texts, that is the medieval scribes, which the project is aiming to investigate. First and foremost it is the features that differentiate the scribes that are focused upon, that which is unique for each individual and distinguishes them from everyone else.

“What is it that distinguishes one scribe from another at this time? There can be many kinds of differences, but an especially important matter is how the writer has actually formed the characters. In the analysis of this, the analytic methods of the image reveal invaluable information. We also wanted to investigate how the language differs among the various scribes.”

Used in the whole of Europe

The survey of the medieval scribes that is now being done will be something that all researchers using such texts will be able to benefit from. This concerns amongst others historians, religious historians, theologists, linguistic historians and libraries.

Also, the idea is that the methods developed within the project could be applied to the same types of script - that is the gothic lettering - found in deeds from the rest of Europe. There are a huge number of handwritten manuscripts using that type of script.

“We begin with the medieval script, which is gratifying when using image analytical applications, because it is very neatly written, compared with much that was written after that. We also hope that the methods can be used on newer material, e.g. from the Early Modern times and perhaps even more recent material.”

The current project, financed by the Swedish Research Council has the registration number 2012-5743.