Climate change is the greatest story of mankind …. 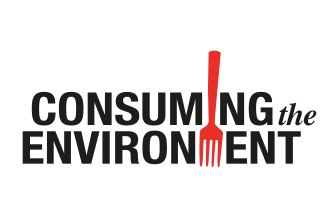 A few days before the big climate conference in Paris the University of Gävle invites you to an information meeting about one of the biggest issues of our epoch, the environment and climate change.

During the course of two days, the 26th and 27th of November, a conference is being arranged “Consuming the Environment – environmental communication and reports about the future.”

The initiative comes from the humanities faculty of the university that wants to shed some light on environmental communication and environmental issues from various perspectives. Come and listen whilst researchers from four different continents debate the subject.

“We invite humanists, scientists, technologists, people concerned with health, laymen, everyone who is interested,” says the organiser Eva Åsén Ekstrand, university lecturer in Media and Communication at the University of Gävle.

- As this is an issue that concerns everybody it cannot be isolated to experts within environmental and climate research, or to politicians, it is everybody’s business! It is the biggest issue of our times - one that everyone must take a stand on.

The media has found it difficult

Eva concludes that the media find it difficult to draw attention to the issue. The so-called "media logic" takes control.

The processes concerning that which does not happen in our immediate neighbourhood or complex issues which cannot be simply described in a comprehensible way are slow, and these matters are difficult to adapt to journalism.

- Here the journalists come to a halt, journalism cannot channel the whole issue, and it is too complex.

- Journalism has, at the same time, the possibility to raise the question in public. It is our way in.

The inspiration for this is the six-month campaign  conducted by the former editor-in-chief of The Guardian, Alan Rusbridger; "Keep it in the Ground".

- He started the six-month campaign called "Keep it in the Ground", meaning the oil and the coal.

The campaign does not deal just with shaping opinions and demanding that the politicians make the right decisions, but also that their constituents accept the decisions because it will lead to a restructuring of our way of life.

- Amongst other things it debates the fact that at this point we in the Western world, with our lifestyle, have been going against rest of the world and that a growing middle-class in China and India now want cars and everything else we have got. The problem is gigantic.

- How can global problems be made known locally? A recurring question at the conference is how a change of mindset can be brought about and what new reports are needed. What is the information that is missing?

The first day consists of a series of short lectures. On the second day researchers from all over the world present the results of their investigations.

Anyone who is interested is welcome to attend the lectures.

- It will be an exciting weekend, a meeting between people from many different fields of knowledge.