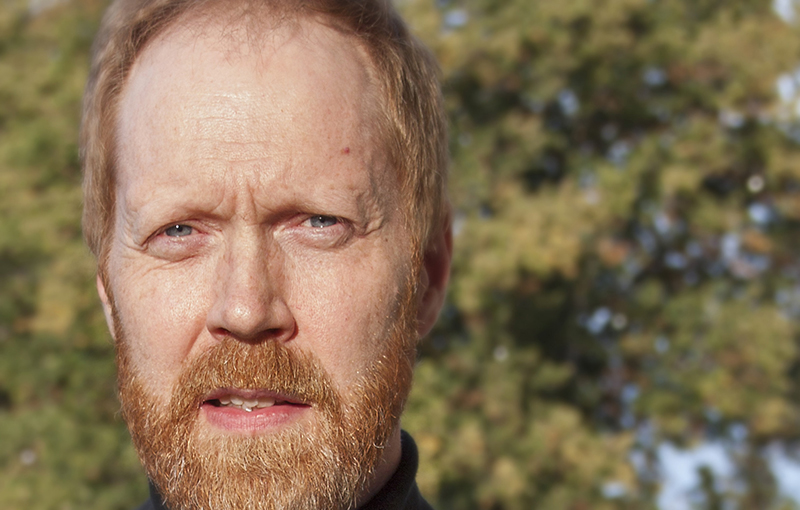 “Whether it is a negotiation at home over the kitchen table, a business negotiation or a dramatic hostage situation, the secret of a successful outcome is the same,” says Lars-Johan Åge researcher at the University of Gävle.

In collaboration with the FBI

The researcher Lars-Johan Åge has continual contact and collaboration with both the FBI and the Swedish Task Force, both of whom show great interest in his research. They have listened to his lectures on a number of occasions both in Sweden and abroad and recently this autumn he visited the FBI headquarters Quantico outside WashingtonDC to lecture for the FBI’s hostage negotiators.

Really it is all about one of the world’s most acute problems, how one makes authentic contact with other people and how one changes the behaviour of other people; in everything from world peace to the environment.

During a couple of years Lars-Johan analysed and searched for patterns in the behaviour of the best negotiators in the world in hostage situations, business, diplomacy etc. He found common aspects that have now resulted in a scientific model that has already been accepted for publishing in the respected international periodical, the Journal of Business and Industrial Marketing.

The chart that applies to every type of negotiation

What Lars-Johan did was to take the behaviour of the world’s best negotiators and create a short and coherent theory that everyone can use. The theory works as a chart that can be a guide in any type of negotiation. The most important points in the theory touch on the following aspects of the negotiation:

The uniqueness of this model is that it doesn’t only show what is successful in a negotiation, but also the way to achieve it. He explains:

“It is this simplicity that seems to lie behind the great interest for this theory.”

“A negotiation is like walking a tightrope,a delicate balance where one nurtures the relationship the whole time, but also makes sure to stick to one’s own goal and pursue it to that end,” says Lars-Johan.

The most common mistake in a negotiation situation is that one is solution-driven instead of being relation and solution-driven at the same time. One must try to avoid triggering the reptilian complex in the opposite party.If you go in and say; Let the hostage go otherwise you won’t get out of here alive, then it is correct, objectively, if one has fifty to a hundred men outside with submachine guns. But it is a recipe for disaster.Instead one should show an interest in and acknowledge the unique perspective of the opposite party Also one must remember that acknowledgement is not the same as sanctioning. One can acknowledge the perspective of anybody for the purpose of reaching one’s goal.

It is also important to remember that in all negotiations there is often at least one black swan, meaning something that one does not know about the motives and incentives of the opposite party

“You must take into consideration that here, there is something you are not aware of; that you must find the black swan, it is always there somewhere,” Lars-Johan explains. “It will change your strategy as soon as you know what it is.A skilled negotiator can find it, change his tactics and reach a different outcome.

If you look for the black swan you will immediately be twenty-five to thirty percent more successful than other negotiators”.

Lars-Johan gives a concrete example that he had taken part in. Some activists had climbed up some old oak trees and a police negotiator had arrived but the activists refused to climb down. This all took place close to a foreign embassy so the situation was rather delicate. After many attempts the policeman managed to engage one of the activists in a dialogue. When the police tried specifically to find out what the activists’ aims were, the truth came out in the end.The activist explained “We will come down if we can film you when you hold us down and we put in some resistance.

The police sent a few senior police officers over so that nothing could go wrong and the activists climbed down.In accordance with their agreement the police held them down and they resisted in front of the camera, then everyone was satisfied and went home. That is what the activists wanted, to be able to show their hostility towards the police and the establishment. That was a black swan.

Put an end to win-win!

“Many believe that we should strive for a win-win situation, but that is a big mistake,” explains Lars-Johan Åge. “To win is to presume that someone else will lose and one begins to think of a competition or that someone will be defeated.”

If we are to be successful in negotiating we have to let go of the idea that someone must always win, and focus on collaboration instead. Successful negotiation is when we reach our goals at the same time as the opposite party, and everybody involved feels satisfied. This means everybody and everything, even the public and the environment.

Lars-Johan explains that he has launched a more suitable concept in his research that we should aim for instead, namely: "Happy-happy"

”The aim after a negotiation is that everyone concerned should feel satisfied with the result and therefore happy-happy is a much better target than win-win.”

Can ”happy-happy" really be applicable in a hostage situation?

Lars-Johan Åge PhD., Stockholm School of Economics, educated in negotiation at Harvard Law School in the USA and on a list in Dagens Industri as one of the most popular lecturers in Sweden.

His latest research has already been adopted by the international research community, the Swedish police and the American FBI.

His research shows not just what distinguishes a successful negotiation but also how to achieve it. Regardless as to whether you are negotiating across the kitchen table, in a business meeting, or if you, against all odds, should find yourself in a hostage situation, he will help you to not only become a better negotiator but also a better communicator, leader and colleague.