They don’t consider themselves inferior 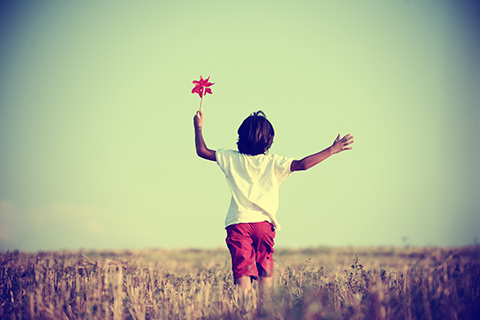 “One must try to understand, have empathy, be inquisitive and above all have respect for the children,” say Fereshteh Ahmadi Professor of Sociology, and My Lilja, lecturer, both from the University of Gävle, in a book on the situation of unaccompanied refugee children.

The professor illuminates the situation of the unaccompanied refugee children in a combination of research reports and papers written by students that at the same time are examples of how to write a paper.

“The reason that I compiled the book was that it should become course literature. Many of the students wrote essays about this but didn’t have any valid literature that described the different perspectives,”says Fereshteh Ahmadi.

But of course the book takes the controversial debate into consideration.

Part of the problem for the social workers is that the guidelines can restrict and conflict when the perspectives and needs of the children are put in focus.

- There can be financial restrictions or a lack of understanding, like when one uses empowerment to give the children authority.

Perceived as a group

One does not see the children as individuals, perhaps because of the generalisations one makes, rather more as part of a group.One does not see that they are young and belong to a new generation of global citizens.

Then it does not matter which land they come from.

What is a good HVB home? It is important to see the child’s perspective – how they find the care, the food and communication and what this means for their ability to feel secure.

HVB homes can mean both socialisation and stigma. This is where the balance of power at HVB homes comes in, how the young inhabitants feel inadequate and how they are treated at the homes.

- How they are stigmatized because of their characteristic features, and how some accept it and base their actions on that.

Some may feel inferior and swallow that image. This affects them when they later enter society and they feel like second-class citizens.

The most important factor is response

The most important thing is the response they receive from the staff. They are traumatised and do not speak the language. All this can become positive if the staff are competent enough to understand the situation of the refugees.

- Language skills and psychology are important but they are not enough, one has to be humane, to understand, have empathy, curiosity and respect for them.

- Respect is very important; that one has knowledge of their culture, and that one treats them well.

It is important that as a member of staff, one does not react in such a way that one loses respect. These children are used to keeping a certain distance towards their parents and others in authority.

- If you behave in such a way that you lose their respect then you also lose control over the situation.

They do not regard themselves as inferior

They do not regard themselves as inferior and wish to be treated with respect.

- If they are treated in a respectful manner, which may not have been the case in their homeland, then they see the positive values in our society in that way.

- You can talk as much as you like about the equality of all human beings, but if you do not base your actions on this…..then it will be just talk.

For further information:
Fereshteh Ahmadi, Professor of Sociology at the University of Gävle
Tel: 070-717 19 07
Email: fereshteh.ahmadi@hig.se