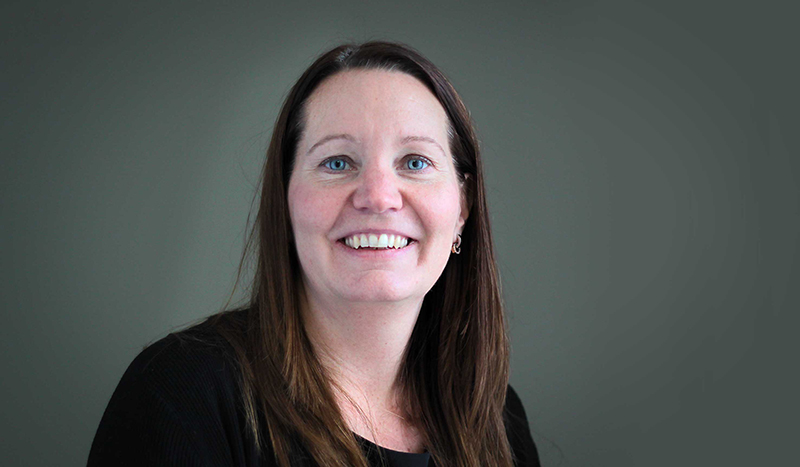 The county council invests in motivational interviewing to bring about a change in life style for patients, as far as e.g. use of tobacco, alcohol dependence or too little physical activity are concerned. “It is about sowing seeds, not preaching,” says Ann-Sofi Östlund, doctoral student at the University of Gävle.

The method was first developed in the eighties in addiction treatment and has, because of the positive experiences received, come to be used for many other problems related to life style.

In 2011 national guiding principles from the National Board of Health and Welfare were presented for methods of health prevention.

This was a guide for healthcare staff in how to manage the big problems that result from e.g. the use of tobacco, the risks of alcohol or too little physical activity. When amongst other things counseling is recommended then MI is one of the proposed methods.

Ann-Sofi Östlund has, in her research, investigated how district nurses and nurses in primary healthcare use motivational interviewing.

In a questionnaire, used in three counties, she has asked how much training they have had in the use of motivational interviewing, how often they use MI and what their opinion is of their qualifications.

“About half of the primary care nurses had done a course in MI. Many thought that they used the technique even if they had not done the course,” says Anna-Sofi Östlund.

To sow a seed

In interviews with twenty primary care nurses from two counties, those that reported that they use the method say that MI has really made their work with their patients easier.

“Before they thought that they were getting nowhere and making no progress. But now they feel that they take a step forward at each session and also that the patients are helped and motivated."

The idea behind MI is that one helps the patient reach an insight into their problem and the patients themselves come up with ideas. It is about sowing a seed, not preaching.

On the same level

MI should be done in an empathic and respectful way. The patient should never feel accused or judged. To be able to motivate the patient to reach an insight is the whole idea behind MI.

“And that we are on the same level. The patient is the expert on himself and his life, we shall just help him along the way”

"Affirmations are also a part of MI. That I understand that this is difficult for you, and that one cooperates.”

The primary care nurses think that it is a respectful method. They have a feeling that the responsibility is not theirs alone anymore. Even if there is no change, one has perhaps sown a small seed at any rate and they think that feels good.

"Earlier they felt that they should get the patient to lose weight. But now it is the patient who has to make the changes themselves, even if the nurses are helping the patient to get there."

The right conditions are lacking

So the primary care nurses think that the method is good, but they also think that the right conditions are lacking. They feel that after a two-day course nothing much happens.

"The interesting thing is that most of them thought that the MI course was too short. They believe in the method but there were only a few that got any feedback, follow-up or guidance and therefore they think that it is difficult to move forward."

The average age of primary care nurses is also over fifty and they have been educated the old fashioned way to give advice, and now with this method they have to think again.

Before one just gave advice: e.g. You ought to eat such and such. Then one sent the patient home and thought that they had understood.

Motivating means making the patient aware that they have problems. It is the first step, one is maybe not even aware that one eats or drinks in an unhealthy manner.

On analysis of fifty recorded interviews the most common conversation was "neutral" which is not the focused and goal-directed conversation type advocated by the MI method, and there were no indications that the patient was going to change their behaviour.

"Interestingly enough one saw that those questions that were concerned with the patients transformation, were often followed by discussions about change."

And if one posed the question incorrectly e.g. What is it that makes you want to continue smoking? Then there was more discussion about retaining the existing behaviour.

"This is new to MI, one has not really noticed this in the method. How one directs the question has perhaps greater significance than if it is an open or closed question."

Earlier one wanted to elicit this discrepancy, to ask in such a way so that the next question could be about what would be good about stopping smoking.

"But now one understands that this leads to too much talk about what should not be there. One must encourage the positive!"

MI must be used correctly

A lot of resources are invested in this method being one of the methods that should be used when working towards a change of lifestyle.

"However one does not make sure that MI is being used correctly. One will not get any results in the patients, and one perhaps believes that it is the method that is at fault."

Ann-Sofie Östlund defends her thesis "Motivational Interviewing in Primary Care - Nurses’ experiences and actual use of the method " on the 25th November at1.00 pm in the University House, room IX, Uppsala.

Barbro Wadensten, docent, Uppsala University, Institutionen for Public Health and Health Sciences, has been the principal supervisor and assistant supervisors have been Marja-Leena Kristofferzon, docent, and Elisabeth Häggström, docent, both at the University of Gävle.