Let the sound of nature reduce the stress in cities 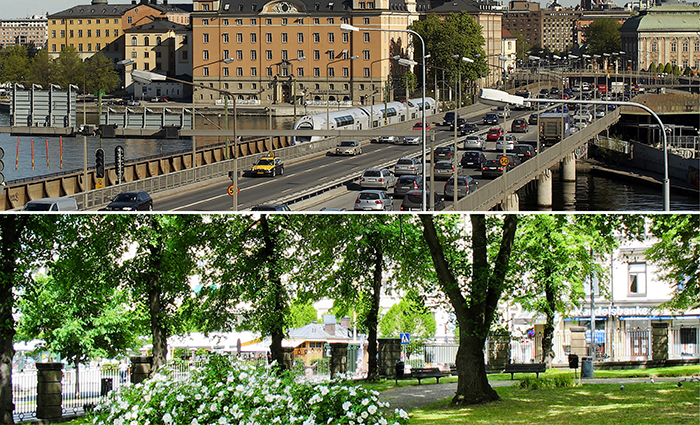 Igor Knez, Professor of Psychology at the University of Gävle, is amongst a group of researchers who have received three million Swedish crowns to be able to investigate, over the next three years, how the sounds of nature can reduce the stress of people in cities.

One of the biggest health issues today in the urban environment is the stress and ill-health that noise pollution generates for the people who live there.

At the same time urbanisation urgently calls for e.g. housing, the space needed for cars increases and the risk is that one builds over even more of the green spaces in cities.

The aim of the project is to reduce the stress in cities and create urban landscapes that give rise to a positive experience by the formation of green “walls” and green spaces.

“Earlier studies have focused more on the visual significance of vegetation, and it is important, but we are also going to direct our attention towards the acoustics, to study the effects of sound,” says Professor Igor Knez.

Green spaces are not just a beautiful aesthetic experience. They also imply sounds like birdsong and whispering winds, sounds that create a relaxing effect.

"Our starting point is that vegetation isn’t just beautiful, but that it sounds good and is calming and soothing."

"If we can demonstrate this positive effect, then it would be yet another argument for reducing the exploitation of green spaces in our urban environments."

How stressed are we getting?

At the start, the researchers of experimental studies will try to influence people so that they experience stress from city noise.

Birdsong at the pain management clinic

"When we know which levels of city noise pollution generate stress we take the next step and investigate to see if we can reduce this, by exposing the same people to sounds from nature."

In Uppsala the research group intend to apply this method by using birdsong in the waiting room of a pain management clinic.

"We have been given access to several different environments where we can try using this method."

Modelling green spaces in the city

A model of a city with green spaces is going to be made. This will be used to show what it looks like if one increases or decreases the area of green space; both how it subdues the noise pollution, but also which positive natural sounds can be brought about.

"This is the last step, to make a model and give practical advice on how to muffle city noise pollution. How green surfaces increase natural sounds and thereby promote well-being."

The project is interdisciplinary and includes ecology, psychology, acoustics and city planning.