Ten years of attitudes towards diversity and immigration in a book 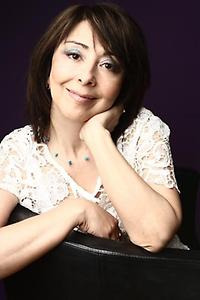 The book is an accumulation of both published material and hitherto unpublished texts, and gives the collected results of ten years measurement of attitudes.

Every survey report over the last ten years, of the attitudes to diversity, with statistics and explanations can be found in the book, one for each year.

“Awareness of the attitudes of the Swedish people is important because it can have an enormous influence on the climate of society in the future,” says Fereshteh Ahmadi, Professor of Sociology at the University of Gävle.

“This gives us a strong voice in the debate about diversity in Swedish society.”

In the book the authors report both on the results from the Diversity Index between 2005 and 2014, and other studies. They also present a sociological analysis of the data collected over ten years

The result of ten years survey of the attitudes to diversity, and interpretation of certain trends can be found here. There is also focus on diversity in the workplace.

Even if a large proportion of the population have positive experiences of immigrants and believe that they should have the same rights and possibilities as the native Swedish population, the studies show that social tolerance has its limits and seems to change over time

“A majority are also positive about strong measures being taken against immigrants who are criminal. There is also a significant mistrust that it is the social privileges that are the reason behind immigrants coming to Sweden.

Depending on what happens in the Swedish society, especially if the large unemployment rate remains rigid, the group that is extremely negative could increase considerably.

“When there is a serious crisis and the Swedish population feels its basic values and welfare system are threatened, the group with extremely negative attitudes could increase by an estimated thirty-six percent.”

“In 2014 35.8 % of the population reported that they had a negative view of immigrants in the sense that they are considered as coming to Sweden only to take advantage of the social benefits.”

One in five people never socialise

“An estimation is that about 20 % of the Swedish population never integrates with these groups of people.”

At the end of the book a list some of the important articles that have been written in mass media over the years that the Diversity Index has been a subject of study, are also presented.

Welcome to an open seminar about the book The Diversity Index – ten years of the measurement of attitudes in Sweden.

Lecturers and co-authors Fereshteh Ahmadi, Professor of Sociology at the University of Gävle and Mehrdad Darvishpour, Docent in Sociology at Mälardalens University College present the results of The Diversity Index 2005-2014 and make a sociological analysis of the data collected over ten years.

Application: Latest the 12th January to Johanna Esplund, johanna.esplund@hig.se the seminar is free.

The Diversity Index was created at Uppsala University in 2005. The last two years the University of Gävle has been responsibile for the survey under the leadership of the Professor of Sociology, Fereshteh Ahmadi.

Presentation of the authors:

Fereshteh Ahmadi is Professor of Sociology at the Department of Social Work and Psychology, University of Gävle. She is the leader of the project "Diversity Index". Ahmadi is at present doing research on health, coping and culture. She is responsible for an international study on meaningful coping.

Orlando Mella was Emeritus Professor at the Department of Sociology, Uppsala University. He took the initiative regarding The Diversity Index and was responsible for the project for eight years (2005-2012). He passed away at the beginning of 2015 at the age of sixty-eight. Orlando’s research has mainly concerned subjects such as education and ethnicity and the interest for methodology has permeated his research in both fields. This book is dedicated to him.

Irving Palm, docent of Sociology has, for a long time, been a lecturer and researcher at the Department of Sociology, Uppsala University. In the last few years Irving Palm is a Senior Lecturer Emeritus.

One of Palm’s interests and research fields is migration. Together with Orlando Mella he has been responsible for the annual survey called the Diversity Index and has been the chairman of the IMER (International Migration and Ethnic Relations) seminars within the department.

Mehrdad Darvishpour studied a Ph.D in sociology at Stockholm University and is a senior lecturer and researcher of social work at Mälardalen University in the Department of Healthcare and Social Welfare.

Darvishpour has carried out a number of studies with the themes of gender, ethnicity and power conflicts in immigrant families, the problems of honour and equality. At present Darvishpour is carrying out research on ethnic relations, integration and discrimination.