Small enterprises can save millions in electricity costs 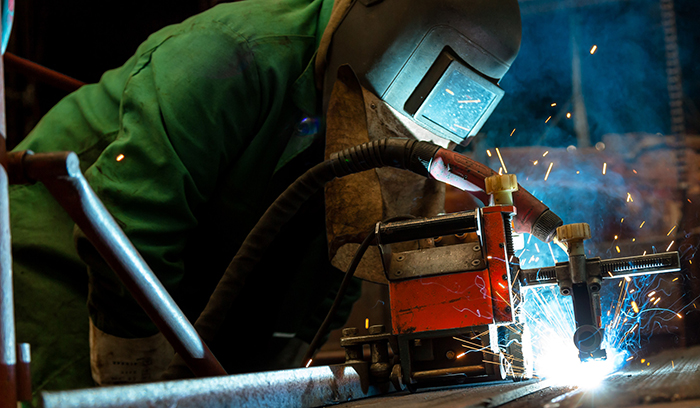 At present researchers at the University of Gävle are involved in a large project to help small and medium-sized enterprises in the county of Gävleborg to improve the efficiency of their energy use.

For just over the next two years researchers at the University will be meeting companies in groups and assist them with improving their energy efficiency. This is a project with support from the Swedish Agency for Economic and Regional Growth, Gävle Regional Council and the University of Gävle.

“It might deal with changing the routines for operation of equipment or for example, reducing the pressure for compressed air and preventing leaks, measures that don’t cost anything. It could even be about making new investments,” says Patrik Thollander, docent in Energy Systems at the University of Gävle.

One can save a great deal

In Gävleborg a study made on small and medium-sized enterprises shows that the potential savings of doing an energy analysis, was deemed to be 30 percent. Of that, 10 percent was operational measures and 20 percent technical measures, investments in cost-effective new technology.

A researcher in each network

Ten networks are planned for the region with a total of eighty companies. In each network there is a doctoral student /lecturer-researcher from the University of Gävle who takes charge of the network.

The project is based on a model where small and medium sized industrial enterprises, together with a group of other companies, a cluster, are given support with internal energy management.

“We start with an energy evaluation and a sustainable energy strategy is drawn up. Then the company receives help from researchers and experienced energy experts with the implementation of the strategy.”

The project started last summer, the first network meetings have just taken place and there are still places for companies that are interested in taking part in the project. Now the network meetings in Hälsingland: Ljusdal, Söderhamn and Hudiksvall between the 14th and 16th of March, are imminent.

Patrik Thollander says that they need to involve twenty to thirty more enterprises, in all the municipalities of Gävleborg. And that they will have started up the networks in the coming months.

Researchers look forward to it

“We are really looking forward to meeting these enterprises and we are not just going to teach them, we think we can get a lot back from the enterprises in the form of know-how. As researchers we work with what is often the best technology. But we are seldom or never a part of the implementation process and investigate systematically how this takes place. There is almost nothing published regarding these issues,” says Patrik Thollander.

Never been done in Sweden

Svetlana Paramonova, who researches on the industrial efficiency of Swedish industry, is one of two doctoral students on the project.

She says that she has great expectations of this network plan where there is collaboration on action to be taken and where the proposals are then followed up. That this has never been done in Sweden, and that experiences from Switzerland and Germany show that there are quite large savings to be made for every enterprise that participates.