Variation on the job is good – but how? 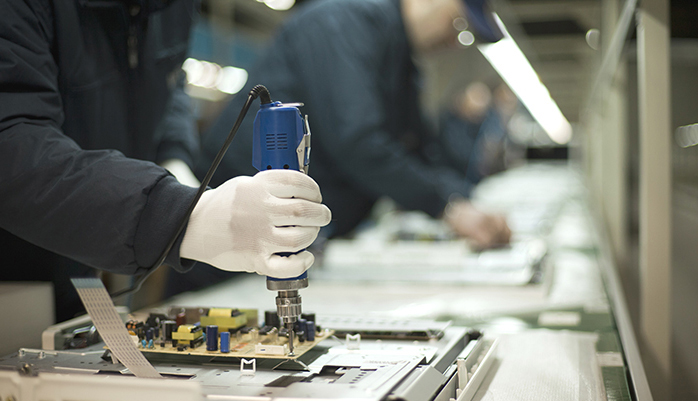 “Despite the fact that a lot of effort has been made, based on solid facts, to show that varied working postures and other variation at work leads to better health, we cannot say what the correct form of variation is,” says Professor Svend Erik Mathiassen at the University of Gävle.

In a report commissioned by the Swedish Work Environment Authority both the researchers Svend Erik Mathiassen and Charlotte Lewis clearly state that there is little scientific support for how initiatives such as job rotation and job swapping at work achieve improved occupational health.

Most researchers are agreed that a variation in physical demands can diminish ill health in employment. But there is a lack of satisfactory research about which tasks it is sensible to alternate between and for what lengths of time.

“I would like, as a researcher, to see more substantial research into these issues. Studies that document if anything really happens as a result of these variations, where one takes a particular measure and then follows it up with regard to health,” says Svend Erik Mathiassen.

The tradition of believing that breaks work

Svend Erik Mathiassen relates that a large number of studies dealing with variation at work focus on breaks in the office situation. That is why ergonomic studies have traditionally dealt with breaks at work and much less with the effects of a variation in physical demands.

However studies do not reveal any marked effects regarding the introduction of several breaks. Some studies even show that if the employer allows you twenty minutes extra break that you take fewer spontaneous breaks. Your spontaneous breaks disappear because you are obliged to get the job done anyway.

“If one wants variation in office jobs then one needs to make more radical change. If you only replace ten percent of work at the computer with more physical tasks, like cleaning a room or lifting boxes, then a lot more happens as a result of the job swap than with quite a few extra time-outs.”

“Research on job rotation must be based on regarding the entire organisation as a box of tasks to be allocated to people in an appropriate manner. One moves around pieces of a puzzle.”

But in the few studies there are on job rotation almost all tend to focus on the individuals that the researchers believed would benefit from the rotation. A typical example is a Swedish study where the cashiers at a large supermarket went from being full time cashiers to doing some other tasks in the supermarket for half their time.

“Firstly it did not alter the problem, even if they thought it was helpful with the job rotation. Moreover, and this is my point, we do not know anything about those whose tasks they got to take over. The organisational perspective barely exists in research. If things go badly for those whose jobs disappear then at the organisational level it is not seen as a good idea anymore.”

If one is to suggest job rotation one must first look at the organisation to see if there is anything whatsoever that is worthwhile rotating to. Lean, amongst other things, has lead to industrial production becoming exceedingly specialised so that in certain companies there is only production nowadays.

Previously if one had occupational issues on the assembly line one could work in the cafeteria for three months until one got better. Now however, when all is specialised, those who work in the canteen work for a separate company and the same for those who work with the cleaning.

“Couldn’t one create a workplace where one works in the care sector on odd weeks and at a call centre on even weeks? It would be two completely different jobs and perhaps even health promoting, compared with people wearing themselves out each in their own branch,” says Svend Erik Mathiassen.