There is no one you can trust 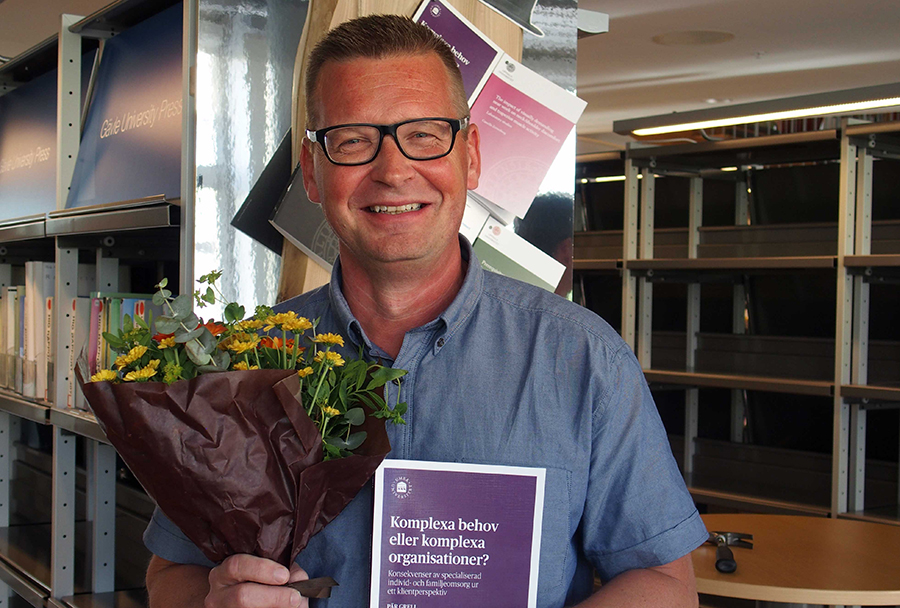 ”The organisational framework within the social services does not take into consideration the life situation and needs of the client,”says Pär Grell, doctoral student at the Faculty for Social Sciences, Umeå University, working in the Faculty for Health and Occupational Studies at the University of Gävle.

How did this arise?

The social services try to emulate other institutions, where it is looked upon as rational to split the organisation into separate entities. An institution that the Social Services have tried to imitate is the Public Health organisation.

To specialise and focus on one area – this is something that is an inherent part of the profession, the wish to become an expert, and from the organisational point of view there are advantages to this.

” We do not really know what the consequences are of this specialisation. Research has disregarded the outcome of the organisational framework for the clients”.

”One looks at what one does, which specific methods one uses within one’s sphere and one forgets that the organisation also has an effect on the outcome”.

There is no one you can trust

The clients would like to meet the same social worker; they are confused and feel a lack of confidence in the organisation.

"There is no one to trust, you never get to come to the point before yet another person takes over.”

Pär has interviewed individuals who have been clients of the social services in Gävle, Sandviken and Hudiksvall.  He has found that this specialised organisation  makes it difficult for them to know what’s what, they become confused and concerned.

One can be given a completely disparate advice; “You must prioritise your job search, says the department in charge of benefits. “You must focus on your children” (one has maybe had them in care), says the family support worker or “Now your rehabilitation treatment is vital” says the  drug addiction care service.

Duplication may take place, several people may be working with the same case and perhaps  something gets neglected. The client has needs but is told by somebody “We don’t deal with that; it is someone else’s responsibility.”

“Finding one’s way around the organisation requires a lot of time and energy and is an additional problem in a life situation that is already difficult. This is how the clients describe it”.

The new law was to be an improvement

The new Social Services Act that became law at the beginning of the eighties was supposed to improve social work but it lacked real directives.

“Then it is easy to become uncertain and continue using old methods. With this specialised organisation, the Child Care Law being handled by the Department for Child Care, addiction by the Drug Addiction Support Services, benefits entitlement handled by the Jobcentre  offices.

What is remarkable is that the situation has become similar to how it was before the new Social Services Act came into being. The act that was intended to create something completely different, the client being able to receive care from one single social worker.

This fragmentation within the organisation, increasing in stability over time, and where so much was invested, where the profession had become more powerful due to an increase in structure, means that one must consider things in another way.

Colleagues who have the ability to describe for those in other departments say: “Think like this regarding that person, its important that you do this and perhaps even come with me, despite it not being your responsibility.”

“This informal organisation, this particular approach disregarding specialist limits must be encouraged/permitted by  the management and those who work in this way must have the capability.

The University of Gävle tries to educate social workers capable of building bridges in the organisation.

“The disadvantage is that there are no general career opportunities when they have got their degree, but they are good at building bridges between departments in an organisation”.

They are also encouraged to ask the clients for their opinions to a far greater degree, and to use them as a resource. The opinions of the client are not often taken into consideration either in their day to day treatment or in research.

“There was a special incident that gave rise to this,” Pär relates. He was working at the time with youth support , one had to work a little more with certain young people and he had just begun work with a young boy. It was a family with five children, the mother had previously received help from the social services, the father was in prison…..

Pär was to start by helping the boy to get off to school and rung the doorbell one Monday morning. The mother opened the door and said “Oh, its you, sit in the waiting room.” And there sat one of Pär’s colleagues – a complete surprise!

“What are you doing here?” “I was just going to help one of the younger children get off to school.”

Hence he was there for the same reason and going to the same school! Pär thought that this was not very effective.

And when Pär later reminded the mother about a meeting the following Wednesday she answered:

“I can’t cope with all these meetings, I am becoming exhausted, there is no time for anything else!”

Pär Grell defended his thesis *“Complex  Needs or Complex Organisations?: The Consequences of Specialised Iindividual and Family Care from the Client Perspective”on the 16th of September, between 10 am and 12 pm in the Krusenstiernasal, at the University of Gävle.

Nader Ahmadi docent in sociology and pro-vice-chancellor at the University of Gävle has been the principal supervisor. Professor Björn Blom, Department for Social Work, Umeå University, has been the assistant supervisor.