New research will give us healthier apples 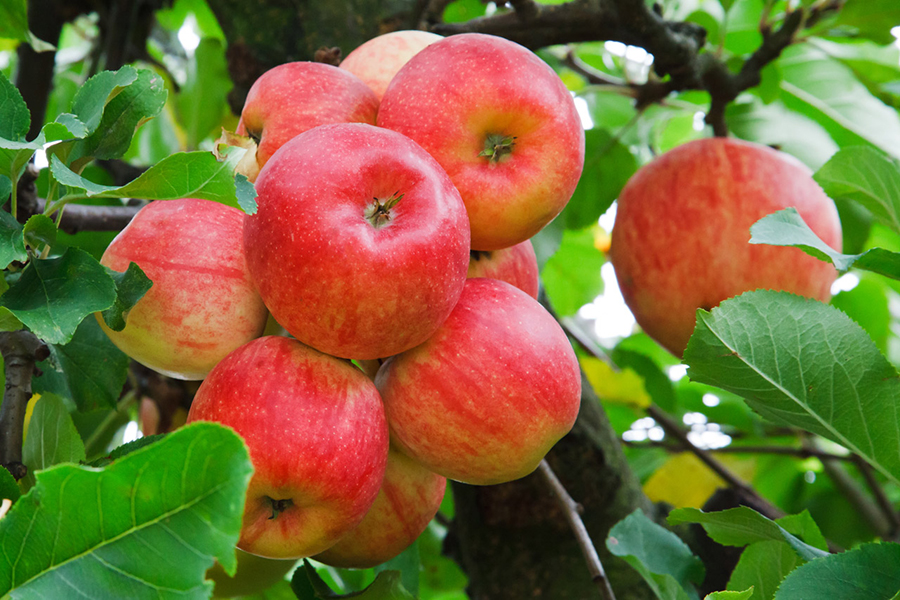 Trials are going on at the University of Gävle, in which a novel approach is used to study how the storage quality of apples is affected by the weather during the entire growing season.

Research at the University of Gävle will help growers to find the cultivation conditions that are conducive to increasing the defence capacity of fruit against storage diseases, and to accomplish this goal, there is no need for additional agrochemicals.

Doctoral student, Ms. Tuyet Bui has earlier, in Belgium, participated in a large research project on fruit physiology and susceptibility to postharvest fungi.

The new research project is based on the results from these preliminary trials, which showed that there is a connection between the weather conditions that preceded harvest and the capacity of fruit to withstand fungal attack.

“And this does not only apply to the conditions during the days prior to harvest, but as far back in time as when the flower is being pollinated”, says Ms. Tuyet Bui.

“This is good for both organic and conventional growers, since fewer fruit would go to waste during postharvest storage.”

Tuyet explains that they now are collecting weather data continuously in several different orchards in Sweden and abroad. This way to systematically review the weather conditions throughout the entire growing season and study its connection to attack of postharvest fungi of apples has not been done previously.

It was in this way that she and the other scientists in Belgium for example could conclude that rainfall 21 or 42 days prior to harvest was connected to fewer diseased apples.

The growers know from experience that rainfall in direct connection with harvest is not good, it is so close in time to harvest, so therefore it has been possible to see a causal relationship.

With our help, it is possible to observe new weather relationships, and for example irrigate during a period that according to the results should improve the postharvest storage quality of the fruit, in case there was no rain at that time.

The long-term idea is to develop an app, so that fruit growers themselves can check on the weather situation, and to create a warning system for this.

Ms. Tuyet Bui also discovered, together with the Belgian research team that there was a difference between the red and green side of the fruit of certain apple cultivars. The red side is exposed to the sun, and she has been able to ascertain that it is less susceptible.

Practically, one can allow more sunshine to enter the tree by pruning; removing plant parts that shade the fruit.

“But the fruit should not receive too much sunshine either. In such cases, it is important to use shading.”

The strength in Swedish apples

In Sweden, thanks to a colder climate, fungal attack is reduced.

Here, the use of ethylene inhibitors is not allowed, substances, which make the fruit age a lot more slowly. Or to use wax baths to render them less prone to fungal attack and tolerate transportation better.

Our apple cultivars are adapted to different uses. For example, we have dessert quality apples with excellent flavour, due to the special acid/sugar ratio that develops during Swedish conditions, and other cultivars that are well-suited for e.g. cider production.

The research project is partly financed by Vinnova, and is conducted in collaboration with local growers, Äppelriket and the Belgian fruit experimental station PC Fruit in Sint-Truiden.

Sandra Wright, lecturer in Biology at the University of Gävle
Tel: 026-64 82 81
E-post: sandra.wright@hig.se