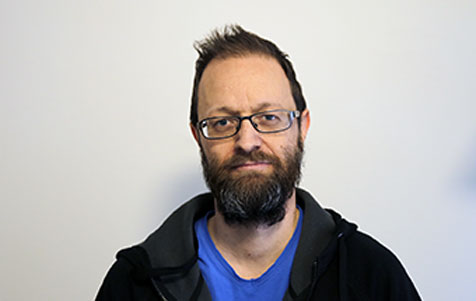 We can show that if tasks are made more difficult, many people at work are helped. The reason for this is that if we focus more on the task at hand, we are less distracted by environmental noise, Niklas Halin, researcher at University of Gävle, explains.

The environmental psychology group at University of Gävle has shown in experiments that background noise makes a great difference as it impairs our performance.

However, research shows that if the text to be learned was made harder to read, or the task made more difficult, then we are less distracted by environmental noise.

-We wanted an applied research perspective, Niklas Halin says. For this reason, we looked at factors that could potentially protect us from distracting noise instead.

In the past, simple memory task tended to be used in experiments. Now, the research group chose to use tasks that resemble the ones we actually work with in offices and schools to a greater extent.

-We also looked for a type of manipulation that anyone could do, for instance in an office, and our choice was to change the font into one which was harder to read.

The effects of distracting noise disappeared

Test participants were asked to proofread texts both in silence and with background speech while the texts were either in the font Times New Roman or in Haettenschweiler.

When participants were asked to find a type of mistake which they had to read and understand the text to pinpoint, the negative effect of noise disappeared when the text was in Haettenschweiler but not when the font was Times New Roman. In the easy-to-read font Times New Roman, performance was impaired by noise.

It was also tested how much information one remembers of a written text one has just read. In the same way as in the experiment with proofreading, performance was only impaired when the text was in the easy-to-read font.

-We found that when the hard-to-read fonts were added, something happened. It seems as if our attention is then targeted on that aspect so that our ability to focus on the task is maintained.

The researchers view the strategy to change the font when one needs to focus on a text as a first step between basic and applied research. This step demonstrates that there are in fact factors which can diminish distraction.

-The general conclusion is that when one needs to focus on a task while in a noisy environment, it could be an advantage, at least in a short-term perspective, to increase the difficulty of the task, as that forces us to concentrate more when we read.

-In a long-term perspective, our results could help people with concentration problems in open office environments or in the school environments. However, more research is needed to see if these methods are sustainable in the long run.

And when one mustn’t make mistakes

A parallel is research from the world of hospitals regarding when to enter dosages into machines. In these circumstances one has looked at what happens when the numeric information in the dosage instructions which the participant was supposed to enter was harder to see as it was displayed in various grayscales Did such manipulation affect the propensity to make mistakes?

-There is a lot for others to build on here. What types of manipulation can help people to maintain concentration for shorter and longer periods of time? I see this as a first step, Niklas Halin says.

Niklas Halin defends his dissertation "A Shield against Distraction from Environmental Noise" at University of Gävle on 26 January.