Come and see what University of Gävle has to offer 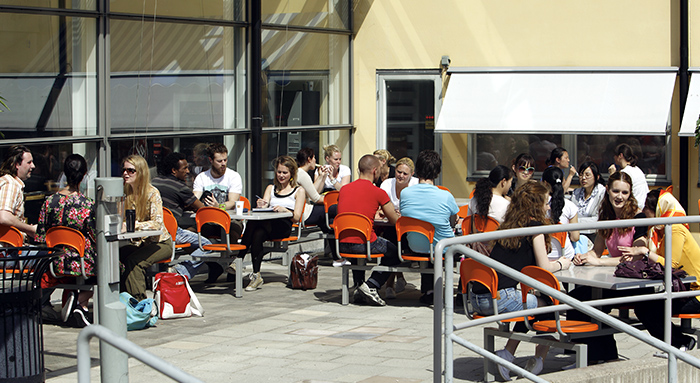 If you are thinking about applying to the University of Gävle, February 15 is the right day to take a look at what we have to offer. Our arms are always wide open, but on Wednesday February 15, we are extra prepared, says Maria Åstrand Swenneke, communicator.

On Wednesday February 15 between 8.30 a.m. and 4.30 p.m. the University of Gävle arranges an open house, welcoming prospective students, in company with their nearest and dearest, to a guided tour here on our beautiful campus. The first 300 visitors will be served coffee, soft drinks and buns in “Valhall.”

We would like to give young people a chance to get a sense of how it would be to study here, to prepare them a little for when they later become our new students, Johanna Esplund, communicator at University of Gävle, says.

Students inform us about studying

Maria tells us that they have noticed that many people think that studying at a university is not something for them. But when they come here and visit us, they see that our current students are ordinary, young people. Then they may change their minds and become interested and encouraged.

The idea behind the students telling us about what it is like to study here is to inspire and make light of starting university. You are supposed to feel Wow, I would like to learn more about this, she continues.

During the day, lecturers and students answer questions. Moreover, you have the possibility to meet study counsellors and a number of student ambassadors.

-This is a tradition we have had for a few years and it is very much appreciated by our future students. We are counting on many visitors and we also welcome the media, Johanna Esplund, says.

-We usually have faraway visitors from many different cities in Sweden and even from our neighbouring countries, which is great.