Higher education – is it worth the trouble? 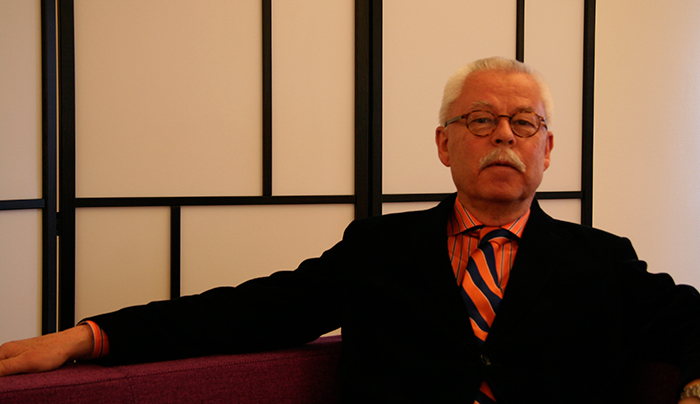 Yes, for the individual student higher education is a good thing, and it’s good for society too, says the former university councillor Lars Haikola.

The Swedish universities have grown much in modern time and here comes the reaction. Is there really a need in the labor market for so many highly educated people?

“It is important to stand by that higher education should be a broad fundamental education and not let it give way to shorter labor market demands,” says Lars Haikola.

“University education shall provide a foundation of knowledge that one can continue to built upon by oneself and that lasts all life.”

“Do not reduce the value of vocational education, but broaden it so that it lasts all life. I want both, and neither is finer than the other.”

The course module Lars declares to be uniquely Swedish, most other countries organizes education in the form of programmes.

“The way of Sweden organizes courses gives education and the general level of education a whole different status as well as opportunity.”

“The biggest weakness is that we fool ourselves into believing that if one has a vocational education one fits perfectly into the labor market. That is not true, and the figures of labor-spreading show that.”

“And then people flow through different labors in Sweden in a way that they don’t in the rest of Europe.”

For example, only 35% of apothecaries work in their own field, for lawyers and civil engineers that number is 25% and for humanists it is only 9%.

This reinforces the difficulties to tie education to the labor market and makes it difficult to dimension the university.

“It is difficult for the University of Gävle to tell students that we are now going to move seats from the land surveyor’s education to the teacher’s education because the municipality says that we require more geography teachers.”

It takes three to five years to educate people most of the time and much happens in that time.

“Reality changes so much In 5-10 years that it is almost impossible to utilize the fore-cast tools to dimension higher education.

There are, however, two areas that are obviously flawed. It concerns the teacher’s education and the nursing educations. In those educations there are flaws that will remain for a long time to come.

“But then the system works, and it doesn’t matter that it takes time to get going.”

The labor market must make itself attractive

The large problem areas of nursing and education is primarily not solved by having the universities providing more seats, rather, actions such as employer-preference usually suffice.

“Yeah, it is possible to say that, but it doesn’t help if the students themselves are not interested in those educations. It is the labor market that needs to make itself more attractive.”

Higher education grows all over the world, it is the same trend all over, but Sweden stands out in more ways than we think.

“In Sweden, we probably think that we are being main stream, but actually we have several traits that are very Swedish…”

“And it is not possible to say if you succeeded or not by looking at whether the labor market is accepting more people or not. It is difficult to measure and for the individual student it is always good to have a higher education, Lars Haikola finishes.”