What Determines Your Grade in Physical Education? 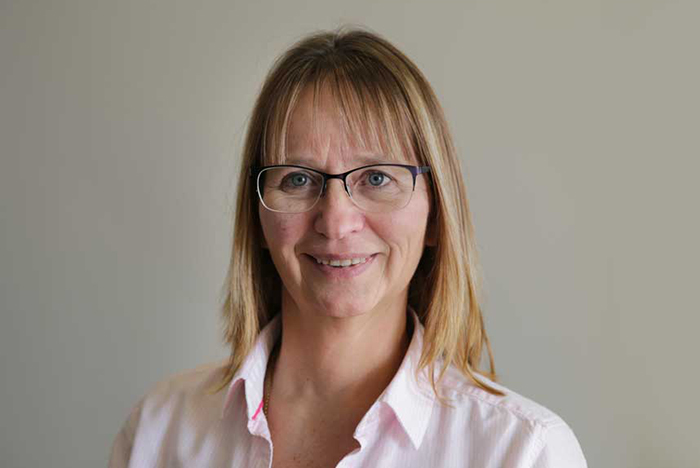 What do teachers asses when grading Physical Education and what possibilities do pupils have to succeed in this subject? Lena Svennberg, lecturer at the University of Gävle, has explored these issues.

Lena tells us that she became interested in these issues because, as newly graduated, she herself thought grading was the hardest task for teachers.

"I asked experienced teachers for advice and they responded that “you just know; it is easy to tell from how they move when they run around.”

"I thought that was really hard; I couldn’t tell. The difficulty in verbalising movement qualities made me curious about how to verbalise the gut feelings or inner grading grids teachers sometimes talk about."

Her dissertation is partly based on interviews with teachers in physical education in the final year of Swedish compulsory school. Lena started to investigate what teachers valued when setting grades during the former national curriculum LP94 with the aim to attempt to verbalise teachers’ inner grids.

The result shows four themes that teachers value: knowledge, motivation, self-confidence and social skills. The three themes which do not concern knowledge can be interpreted as mirroring the teachers’ intentions to stimulate pupils into being active and take responsibility for their own learning and to create a stimulating learning environment for all pupils.

The same teachers were interviewed again after the implementation of a new national curriculum in 2011. Here knowledge requirements have a clear progression and there are instructions on how to weigh them. In other words, grading is now more strictly regulated.

Results show that there really has been a change in what teachers talk about as being important for grades. Teachers talk more about knowledge and health in a way which is in line with knowledge requirements. Self-confidence and social skills are hardly mentioned but motivation remains a basis for grading.

Grades signal what is important to learn. A possible explanation to the differences between stipulated knowledge requirement and practice could be that the learning outcomes in the curriculum and the knowledge requirements send different messages about the importance of the core values of Swedish schools and a lifelong interest in physical activity.

How movement qualities are interpreted

Movement qualities is a new concept which gives teachers the possibility of interpreting knowledge requirements for movement in a different way from that of measurable competitive sports which are well-known to both teachers and pupils.

The demands on teachers to verbally explain what is required for a certain grade can make what is well-know and easily measurable more important in grading as such facts are easier to communicate.

The teachers who participated in the study sometimes find it hard to interpret the movement qualities in other ways than as competitive sports in a system that presupposes measurable goals. If the teacher’s grading is questioned, the demand to be able to motivate them verbally increases, and there is a greater risk that turning to what is measurable is seen as a solution.

Two models at the same time

Swedish schools have gone through a market adjustment and grades do not longer only function as selection tools to the next level of education, but grades have also become a means to evaluate schools.

In such a system, comparability becomes important and knowledge requirements must guarantee equivalence. Such a system comes close to what British Sociologist Bernstein calls a performance model, which defines what counts as knowledge.

At the same time, there is an impetus for schools to compensate for social inequality and to promote individualized teaching. This in turn suggests a competence model in which different ways of learning are provided and where pupils different social backgrounds are taken into account.

The Swedish school system is a combination of these two models, and at times there are dilemmas as these different goals may be hard to attain simultaneously.

Pupils’ social background influence their opportunities for a higher grade in PE. What matters is your gender, your parents’ education, your migration background and if you are attending a non-municipal or a municipal school.

Results show that 42% of those who fulfilled all of those sociological background demands outlined above gained the top grades A or B. This can be compared with the fact that only 7% gained the top grades A or B in the group of girls in municipal schools, who did not have a parent with post upper-secondary school education and who had moved to Sweden after having started school.

The greatest difference in the opportunity to gain a top grade in PE can be found in the groups "migration background" and "parents’ education."

Some recently arrived pupils and pupils with a low socio-economic background have very few, if any, possibilities of meeting the requirements for a pass, in some teachers’ view.

"When everybody is supposed to reach the same goals in the same time period, one’s starting position and the content of the requirements determine what groups will succeed," Lena Svennberg says.

Lena Svennberg defended her dissertation ”Grading in Physical Education” at The Swedish School of Sport and Health Sciences, on 17 February 2017.