How to turn Port of Gävle into a unique, sustainable port 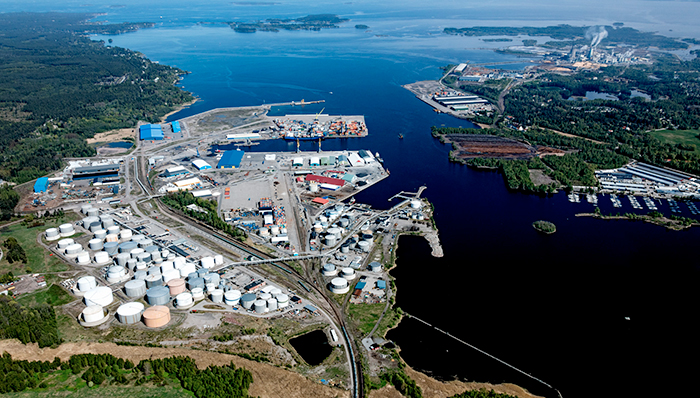 First, researchers at the University will study what the Port of Gävle has achieved in the past five years regarding the work for social, economic and environmental sustainability. This is the first step in a long-term collaboration between the University and the port with the goal to make the region more sustainable.

“To promote sustainable development in logistic flows passing the Port of Gävle is one of our main missions. We are looking forward to a long-term collaboration with a strong and competent University, knowledgeable in our concerns,” says Linda Astner, HSE manager at the Port of Gävle. 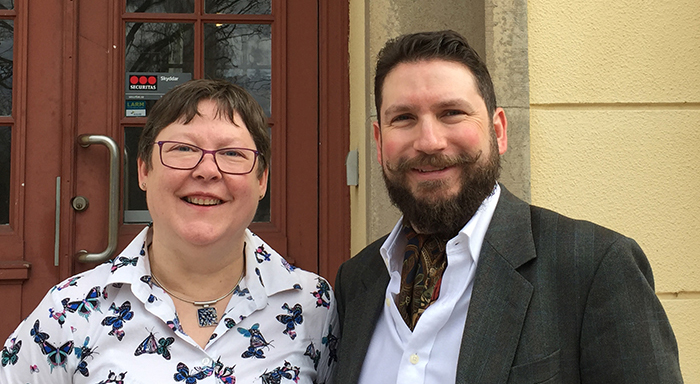 Angela Carpenter and Rodrigo Lozano are two of the researchers at the University, both with long experience in sustainability work all over the world. In addition, Angela has a unique experience of working with ports.

“We must talk about labour rights legislation and gender equality issues in the work with the local council. The port needs to be profitable, but it also needs to care for the environment in and around the port, and care for the ships while also caring for social sustainability—the local council included,” Angela Carpenter says.

What is the driving force?

What is the driving force behind the sustainability work in the port; is it the legislation, the demands of society or somebody at the port? And what are the obstacles, financial issues or the fact that the port is too small? These are questions that the researchers find it interesting to pursue.

“We have a unique context here, as Sweden in general is very oriented towards sustainability work, at least regarding environmental issues. At the same time, Swedish businesses are very economically competitive,” Rodrigo says.

Show what is being done

“The Port of Gävle is already doing a lot regarding sustainability, but one needs to show what is being done. To expand loading areas and to recycle material have been seen only as decisions important for financially viability,” Angela says.

Rodrigo explains that organisations tend to focus internally. An external view from different experts may then be rewarding, as experts may show what is being done well, but also point to connections that may be overlooked and make clear how the port can be better connected to its surroundings.

“We exist, this is what we have done and these are our plans. We need to make the port and all that it is doing in the field of sustainability more visible,” Rodrigo says.

The Port of Gävle strives to become one of the sustainable ports and to be certified according to ISO 14001, and since the University of Gävle has a lot of expertise here, it will give support in the process.

“Very few ports in northern Europe are certified. Imagine to be able to say that we are not only competitive when it comes to prices, but also in sustainability,” Angela Carpenters says.

A unique way to see the port

Usually, sustainability work focuses on improving logistics in the port, on technological issues like electrifying trucks. Alternatively, it is about following EU regulations or becoming more economically sustainable by a change in vision.

Angela’s competence is unique, as she does not only focus on technology and legislation, but also takes social and cultural aspects into account.

“Connecting the port, the University and the surrounding community is something that has never been done before. We see the port in a way that no one in the world has done before,” Rodrigo Lozano says.

“I have been doing this for twenty years and I have never seen it done in this way,” Angela Carpenter says.