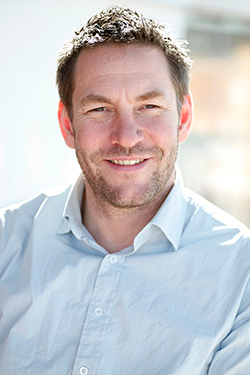 “Schools should not be seen as being part of the market place. This is not sustainable as it creates winners and losers. Importantly, the goal of education is to make everyone prepared and a winner, says Daniel Pettersson, reader in education at the University of Gävle.

The financial crisis of the 90s

To paint the background to the situation today, Daniel makes connections to the rapid changes in the Swedish system of education during the last few decades, changes that were enforced by the financial crisis at the beginning of the 90s. At this point in time, the Swedish municipalisation reform was implemented: Swedish schools were handed over to the municipalities and were no longer run directly by the state. This happened at a time when many other costly reforms for the municipalities were introduced, but they were not compensated.

“What happened was that one needed to cut down and increase efficiency, and this was the beginning of the dismantling of Swedish schools.”

The idea that increased competition between schools would increase the pupils’ opportunities for better knowledge now becomes established. The opportunity to start independent schools, the voucher system and a new assessment and grading system are all introduced.

This has been done in different ways in different countries. In Sweden, we paved the way for a multitude of independent schools.

“In the beginning, the idea was that there shouldn’t be that many, but it all explodes in the beginning of the 21st century, and, at the same time, the PISA results come, where we do not get very good results.”

“A new political leadership favours the view that schools should provide pupils with knowledge that is specified in great detail.”

In recent years, critical reports have emerged saying that the Swedish system that is built on competition to increase school quality, instead increases segregation.

The latest voice in a long line of critical voices is the one of OECD, which views the Swedish reform with independent schools as a total failure.

“To increase quality in schools, one should invest in the weak groups, but what happens now is that we leave the weak groups behind in the long-term perspective.”

“It is not sustainable thinking to imagine schools as being part of the market with winners and losers. If a nation starts to stagnate, it is because the group with meagre resources is getting too big,” Daniel Pettersson says.

Seven lectures in a row

This lecture is the second in a series of seven on economic sustainability, arranged by the University of Gävle.

The different perspectives are introduced at seven different lunch-hour lectures.