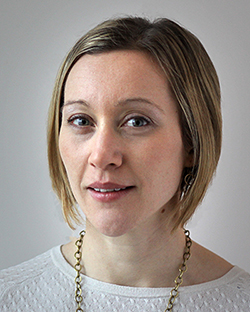 “When I tried to measure upper arm elevation angles during baggage handling and back muscles activity during office work, I ended up with problems. We need to question our measuring methods, and understand what and how adequately the chosen method is able to measure that which we want to examine,” says Jennie Jackson, researcher in occupational studies at the University of Gävle.

Jennie Jackson has looked at several methods that are commonly used in occupational health and ergonomics when measuring human movements or muscle activities to assess physical loads during work.

The aim of much of the research in the field is to be able to measure what the body is exposed to at work and to attempt to establish a connection between physical loads and disorders.

“It has been hard to establish these direct connections and one of the reasons why, it has been said, is that our measuring methods aren’t accurate enough,” Jennie Jackson says.

“We really have to make sure that what we are certain about what we are measuring and that we are doing in the optimal way. Moreover, we researchers must come to some agreements so that different methods are comparable to one another. Otherwise, we end up comparing apples to pears.”

“The methods also need to work, both in the field and in the lab, and it shouldn’t matter where in the world the test is being carried out.”

Two different measuring methods were examined to find out how often you end up with the same results twice and how the results diverge from the truth. The researchers have also looked at eleven methods to make measuring comparable and recommended the best methods.

“The findings from my dissertation are of course directly applicable on the measuring methods that have been investigated, but the way in which the tools have been evaluated is useful for everyone who measures something.”

Couldn’t measure what she wanted to measure

Jeannie tells us that the reason why she conducted the study is that she, during an earlier study, discovered that she couldn’t measure what she wanted to measure. That study involved looking at people’s back muscles during seated office work.

In another study, the researchers discovered that the tool/method they were using, the Inclinometer, did not provide the results they expected. They were observing baggage handlers at the airport day after day and thought they had a clear idea about what they were doing.

“But at night, when I looked at the data form the inclinometer, it didn’t match my own observations.”

When the results were compared to true/actual angles from measurements at the lab, they saw that the Inclinometer often underestimated the angle with more than 10 percent.

There is nothing wrong with the Inclinometer as such. The deviation is caused by the fact that when a measurement tool is placed on a human body, it can slide slightly out of place during movements, in relation to the bones we are trying to measure.

People are still getting injured

“Today, people work with lower muscle activity, but they are still getting injured and we need to determine the reason why.”

“To be able to catch these small changes, we need exact measuring methods to be able to analyse what it is that is causing the injury,” Jennie Jackson says.

Jennie Jackson defended her dissertation "Bias and Precision in Biomechanical Exposure Assessment: Making the Most of our Methods" on 2 June in Krusenstiernasalen, University of Gävle.