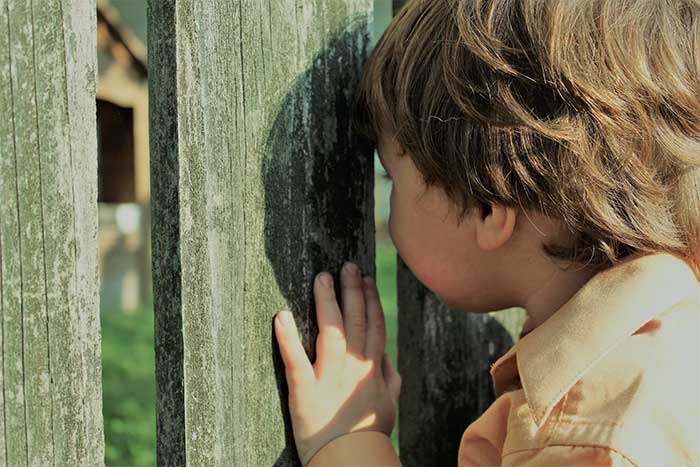 Lena O Magnusson, researcher at the University of Gävle, has given three-year-olds access to cameras and has been shown a world we adults didn’t know about.

Lena O Magnusson saw that children use cameras in a very different way than what adults do. They use the framing capacity of the camera to discover the world.

“They don’t take photographs; instead the camera gives them an opportunity to discover the world in a different way. A viewing apparatus, I call it,” Lena says.

Lena also saw that children take an ethical approach, as they often ask one another, “Can I take a picture of you?”

“The adults ask the children about other things, but they have forgotten that taking photographs is part of what one should ask permission for.”

Another example is when a child takes pictures of an educator changing his nappies.

“He shows what it is really like to lie there on the nursing table. When you see his perspective, you may think that it is preferable to change nappies while he is standing.”

Lena discovered that the three-year-olds also use the camera as an aesthetical tool to discover certain things in the world that she doesn’t think that they would have seen otherwise.

A child discovers a rowanberry tree because the framing capacity of the camera makes the tree appealing to him: it appears in a new way that he hasn’t really seen before.

By using the cameras, three-year-olds show what they like and take an interest in. It is like the cameras are pointing in a direction to something we adults don’t know about.

The right to return the gaze

There is a dominating gaze in preschools, and that goes in the direction from adults to children. By giving the children cameras, we enable them to gaze back at the adults.

Let the children document their lives

Lena maintains that preschool children could take the lead in documenting the work in the preschool. The children’s images and their photographing could make perspectives in children’s lives that we adults don’t know about visible and that could be useful for preschools.

“It could be beneficial for educators to catch sight of what is possible for children to do.”

Lena aims to continue her research by following a preschool that gives children access to cameras. Her study would focus on learning and development, and maybe the children can show us other forms of learning.

“If we follow their photographs, they may be able to show us aspects they cannot verbalise, for example if someone is unfair.”

“I imagine that the cameras can offer them a voice, a visual voice, which they do not have access to otherwise.” 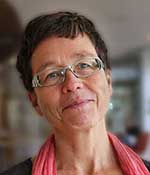