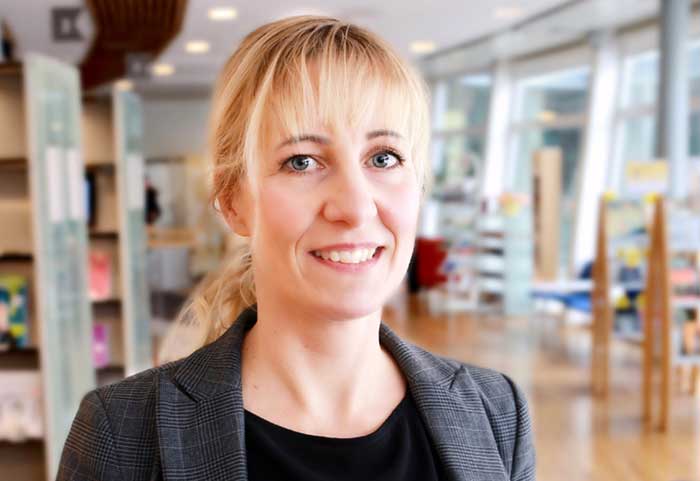 “Women’s problems tend to be seen as psychological and are treated with antidepressants, although that might be incorrect. Men’s psychological problems fail to be seen,” says Lena Thunander Sundbom, researcher at the University of Gävle.

Research shows that women are diagnosed with depression twice as often as men, and they are treated with antidepressants more often. But when Lena gave men and women the opportunity to estimate their own degree of depression and their own wellbeing, she received very interesting results.

“In my study, it was also twice as common that women, compared to men, were prescribed antidepressants although they had not reported depression,” Lena Thunander Sundbom says.

No one stands to gain

In Lena’s view, this is not a conscious strategy. Rather there is a culture that tends to view women’s problems as psychological in disproportionate numbers.

However, women have always been prescribed drugs. First, there was Valium, “mother’s little helper,” and then there was Prozac, which was to help women to get through everyday life.

“No one stands to gain from this situation. If women take too many prescription drugs, they will suffer from side effects. Whereas men whose problems are in fact of a psychological nature will fail to get the help they need, as they are not diagnosed correctly.

“Only 50 percent of patients follow the doctor’s prescriptions,” Lena says. “To improve this situation, we need to understand why people do not take their medications as prescribed.”

Here, Lena sees clear gender difference too; men forget or experiment with doses according to their own ideas, whereas women tend to avoid prescribed medications because of side effects. Moreover, Lena saw a clear correlation between psychological ill-health and nonadherence to prescribed medications.

It was twice as common among women to not take their medications because of side effects. To suffer from anxiety or depression also meant that there was higher risk for not taking prescribed medications.

For this reason, Lena encourages doctors to be attentive, especially when it comes to side effects, and regarding women and people with mental health disorders.

“Women need the right dose and the right type of medication, to prevent the occurrence of unnecessary side effects.”

In the past, forgetfulness has been the target to improve adherence to prescriptions. However, Lena points out, this conscious rejection of prescribed drugs because of side effects is harder to do something about.

“It is about giving the patients incentives to take their prescribed drugs, and to make sure that the doses are correct so that patients want to take them. The failure to follow the doctor’s prescriptions is the single, most important reason for treatment failure.

“This significant difference between men and women has not been shown earlier before this study.”

Lena states that there is a clear correlation between depression and other types of disorders. This correlation is very important to pay attention to, as patient become worse and statistically get well less often, when suffering from such comorbidity.

“There are very few studies on gender differences between men and women regarding such comorbidity between depression and other disorders. Here, I also found significant differences.”

In some cases, we diagnose and treat with a gender-conscious approach. However, we are not gender conscious when treating depressions, which the results indicate that we should be.

We know for a fact that depression looks different in men and women. Diagnostic criteria are in fact based on women’s symptoms, as depression has traditionally been a problem for women.

“We need to take gender differences into account, both when it comes to diagnoses and treatment of depression. Gender blindness does not work here. If we cannot treat depression successfully, we will not be able to treat the other disorders either. Quite the opposite, they might become worse.”

Lena Thunander Sundblom has a background a s a pharmacist and as such she is familiar with problems with medication. She has taught pharmacology at the nursing programmes at the University of Gävle since 2004.

During one year, she worked with medication within elderly care and became even more aware of the problems connected to prescribed medications. This stirred her research interest into problems related to medications. Lately,she has been involved with this research project half-time while teaching half-time.

Lena describes psychologic ill-health as increasing and it is now the most common reason for sick-leave. When antidepressants have become one of the prescribed medications most commonly used in the population, (15 percent in the age group 18-84 years use antidepressants), we must find out what such usage really looks like.

Her study is an overview and is intended to generate more studies later on. She is planning a study on medication prescription in the younger population in the future.

Lena Thunander Sundbom defended her doctoral thesis “The influence of gender and depression on drug utilization: Pharmacoepidemiological research in Sweden” at Uppsala University on 24 November 2017.