The body as spiritual tool in a life crisis 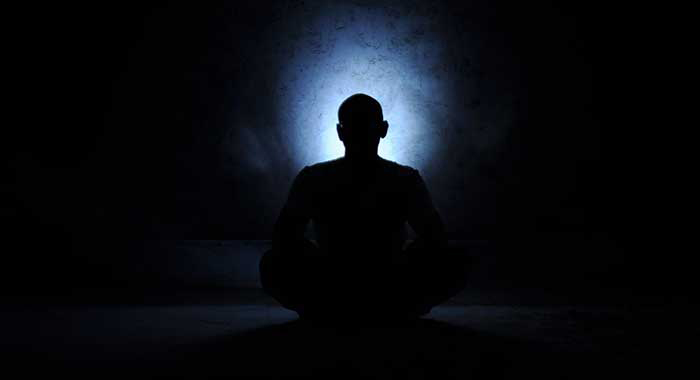 A study of 2000 cancer patients in Sweden from 2015 has attracted a great deal of attention. It showed that nature is a major source of strength and comfort during life crises. “Now, we have studied several other countries, for example China and South Korea,” says Fereshteh Ahmadi, professor of sociology at the University of Gävle.

Great interest from other countries

Fereshteh tells us that when she presented her results at international conferences, many countries were interested, especially Asian ones. People wanted similar studies conducted in their own countries to explore what coping methods cancer patients use.

“This is so interesting and I chose to start with China and South Korea, both secularised countries, but also countries where spirituality influences cultures in a significant manner. The point of these studies is to demonstrate the ways in which one’s culture makes an impact,” Fereshteh Ahmadi says.

Body and soul in Asia

The results from China and South Korea show that cancer patients in both countries use old methods to reach harmony for body and soul. These coping methods give Chinese patients a sense of inner peace and South Koreans a peaceful mental attitude.

Obviously, coping methods varied, both bodily ones and other ones, but the basic element of how one coped with the situation did not. In both China and South Korea, there is a strong connection between mind and body.

However, Fereshteh Ahmadi has observed a major difference when it comes to the role family plays. Whereas participants in both groups were afraid of dying and worried about the family members who would be left behind, South Koreans were more critical towards their family.

Even if China and South Korea share a common cultural tradition of a broadly defined Confucianism, their societies differ greatly when it comes to family structure, the role family members play and in adaption to modern norms and values.

In South Korea, many participants even claimed that the constant pressure of family tasks and family duties for several years had caused mental stress, which in turn had affected their bodies and caused cancer, or at least made them more susceptible to developing cancer.

“For this reason, they tried to disengage themselves from family concerns and attempted to live in peace. Some even chose positive solitude as a coping method,” Fereshteh says.

The family is holy in China

Such a critical attitude to their families could not be found among Chinese participants. As an explanation, Fereshteh suggests that in China much of the responsibility for the parents has been taken over by the state. Consequently, family responsibility is not experienced as pressing in China as it is in South Korea.

“In addition, Chinese people are traditionally extremely positive to family relationships and honour such relationships.”

Another important difference regarding cultural contexts, which may explain why South Koreans experience family relationships as more pressing, is ancestor worship and its traditional ceremonies.

Presiding over the reverence for ancestors is inherited in South Korea and is regarded as a more important privilege than inheriting the function as head of the family or inheriting family property.

“Many South Koreans view this as very stressful and, in accordance with the doctrine of the bodily spirit, they think that this may lead to serious health problems like cancer.”

Fereshteh observed a clear difference in coping strategies in this regard. While patients in South Korea attempt to break free from family responsibilities to cope with their cancer, Chinese patients do the opposite. In China, family responsibility is not as stressful and, moreover, there is a strong cultural tradition to view family as an important resource for a healthy life. To honour family relationships thus becomes an important meaning-making coping method.

“However, we observed a strong connection between mind and body in both countries,” Fereshteh Ahmadi states.

The Swedish study showed that nature has become one of our most sacred things, and it is in nature that Swedes find peace and comfort during severe life crises. According to Fereshteh, this is to be expected as Swedes have easy access to a great deal of countryside as well as a culture of romantic perceptions of nature.

“Everything is there ready to use, and in cancer treatment we need to use it much more. People need strategies to cope with not only physical illness, but also for psychological and spiritual/existential health,” Fereshteh Ahmadi claims.

To try to take the responsibility for one’s own situation is the second most important strategy to cope with a crisis in Sweden.

“Interestingly enough, the self and one’s own responsibility is present all the time in Sweden. Here, it is important to take responsibility for one’s own actions and we also value positive solitude.”