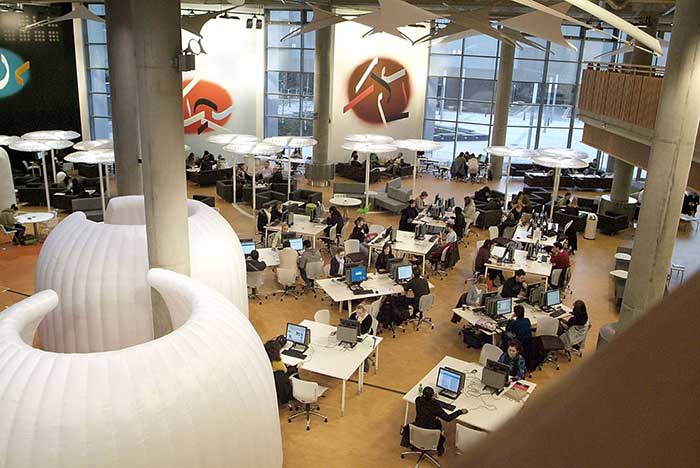 “We will learn from each other, not only how school buildings have been designed from a historical perspective, but also how they are used today and how we imagine future ones,” explain Anneli Frelin and Jan Grannäs, researchers in educational sciences at the University of Gävle.

The Swedish Research Council has granted funding for researchers in educational sciences at the University of Gävle to build networks for Nordic collaboration.

Funding has been granted for a series of workshops on the theme “From Design to Practice. School Environments from a Nordic Perspective” in collaboration with the University of Iceland, Aarhus University in Copenhagen, Umeå University and University of Oslo.

Research seminars and school visits will be conducted in connection with all workshops.

Those invited are researchers in education, historians, architects and practitioners, for instance representatives for the European network DRAPES (Design, Research and Practice in Educational Spaces), where Anneli Frelin and Jan Grannäs, from the research group STORIES are members.

The Nordic countries are all welfare states, with comprehensive educational systems, which has created a need for school buildings. As a consequence, there are many schools in Nordic countries. The idea for the project is that researchers, architects and practitioners in schools will gain the opportunity to meet, discuss and compare.

Products of their time

Jan describes how school buildings differ historically and says that is enough to take a look at Gävle. Vallbackaskolan, which was built in the early 20th century exemplifies one type of building. Solängskolan , from the 1950s, is yet another type, and then there are examples of more recent school buildings.

“We usually say that school buildings are products of their time. They can be rather progressive and perhaps even radical for their time, if such ideals shaped their design. However, now, 50 years later, they may be rather hard to work in.”

“A school building isn’t necessarily good or bad in itself; it depends on what kind of teaching that is going to be carried out there and with what resources,” Annel Frelin says.

“The population in Sweden is growing fast and we are facing enormous investments in existing and future school buildings. We are talking about hundreds of million SEK,” Jan says. “Naturally, we cannot only make use of this resource between 8am to 3pm, but from 8am to 8pm or perhaps from 8am to midnight.”

It is becoming increasingly common to have other activities in Swedish school buildings. It could be a library, a cultural centre or meeting rooms.

“It will be interesting to find out if one builds in such a manner in the other Nordic countries as well.”

Society is changing and digitalisation is highly prioritised in Swedish schools, according to Jan. For this reason, technology and networks are often at the centre when building new schools. The pupils have computers and tablets, and some schools do not even schedule in the traditional way any longer.

Jan has noticed certain tendencies when it comes to designing schools: there are rather large areas with a lot of glass, and, to a certain extent, the old system of long corridors with adjacent rooms has been abandoned; one tries to find new ways of designing school buildings.

“Younger pupils will still spend time in school buildings as they need to be taken care of. However, as pupils grow older, they might not actually be in the buildings to the same extent. In higher education, we see an increasing proportion of different kinds of distance learning.”

“In thisz project, we will learn from one another in the Nordic countries, about how to develop sustainable schools for the future, economically as well as socially. Therefore, it is important to think carefully, so that they will last for fifty years and not only from 10 to 15 years,” Jan Grannäs says.