Mats Sandberg: “Do we have enough air in our cities?” 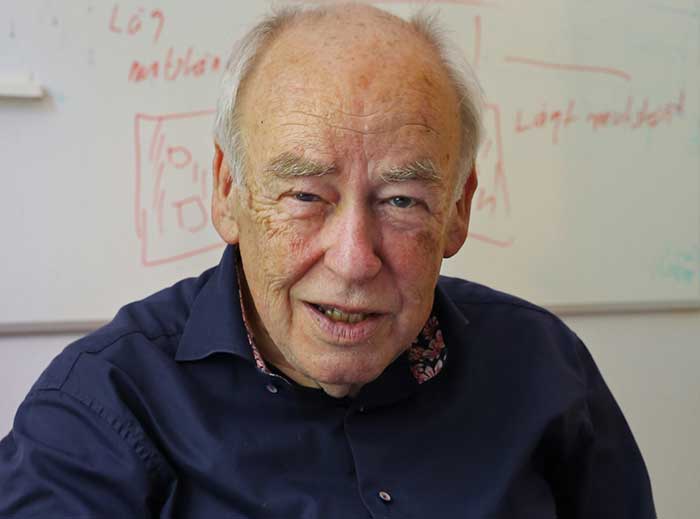 “Air pollution in our cities has moved down from high chimneys to the ground level and needs to be aired out. The question is if there is enough air to dilute air pollution to sufficiently low levels,” says Mats Sandberg, professor in indoor environment at the University of Gävle.

A lid over the city

Buildings function as shields from the wind and, in worst cases, they can generate a lid over the city and make pollution stay instead of being ventilated away. Such effects are rarely taken into account by urban planners.

“It is very important to change this situation,” Mats Sandberg points out. He is a professor with a long experience in ventilation techniques.

People started to move into cities from the countryside several hundred years ago, and urbanisation increased during the industrialisation around a hundred years ago. Today, more people live in cities than in the country. This means that the cities keep growing, both in in width and height.

Apart from the major problem that the largest cities are devouring the most fertile land on earth, as cities tend to be located near river mouths because they are simply the cheapest places to build on, the increase in density may jeopardize our health because it generates poorer air quality.

“Too few urban planners take this into account,” Mats Sandberg claims. He has conducted his own experiments and his own calculations on what higher density in cities means for air quality, and he has also suggested solutions to this problem. 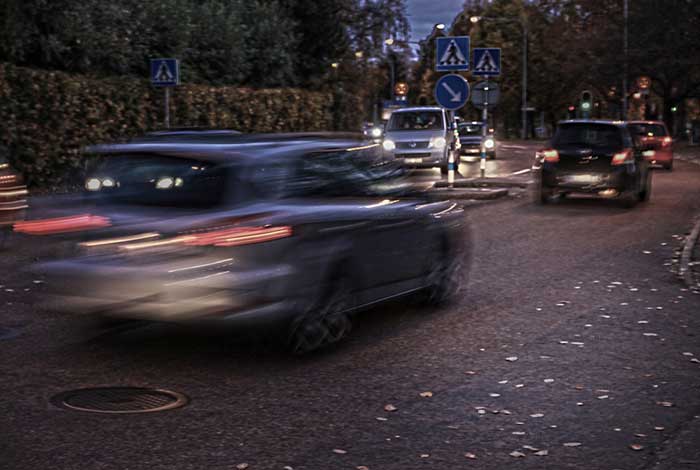 Earlier, air pollution came from coal burning and the smoke was ventilated out through high factory chimneys. Today, such emissions have been reduced in different ways in large parts of the world. But emissions have changed in character today and demand other measures.

“The dominating type of pollution that we see today comes from traffic, so air pollution has moved down to the street level and can now be found on the same level as us.”

Even if there is a limit when winds start to affect the quality of life in a negative manner, winds in fact take care of and blow pollution away. But the process is not always very effective, Mats Sandberg explains. In measurements in the wind tunnel at the University of Gävle, Mats Sandberg has demonstrated that city planning affects ventilation efficiency to a very high degree. 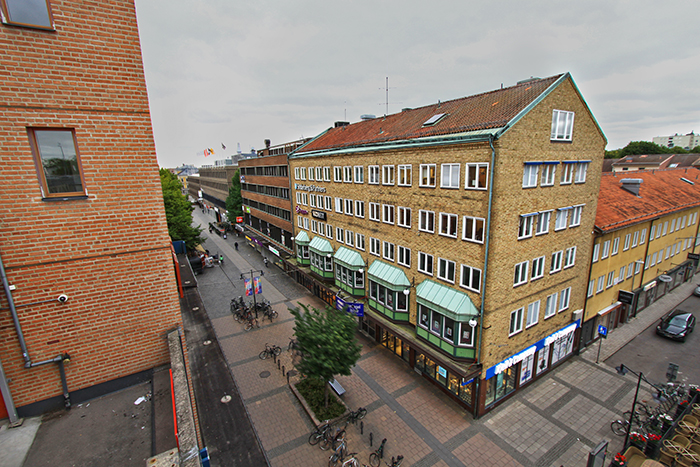 “How the buildings are situated in relation to one another is one important aspect. Other aspects concern how close they are and also the height and width of the buildings. Buildings function as wind resistance and if this resistance is too great, the wind will take an alternative route, for example over the roofs of the building. This change will then be at the expense of ground level ventilation and the result is poorer air quality.

In the context, it is important to mention that the air that we ventilate our buildings with is also taken from just outside the buildings.

City compactness is calculated as built-up land area in relation to the entire city area. A zero percentage informs us that the land is unbuilt and gives the wind a free passage.

If we build too densely

If we build too densely, over 50 %, a phenomenon in which the air starts to rotate instead of being transported away may occur. Then, the air moves round and round like a wheel beneath a kind of lid of air flow over the buildings, and no real air exchange takes place. As a result, the polluted air will not be diluted by fresh air, but instead the polluted air will become more polluted, as more pollution is added.

“It is called a recirculation bubble, and here air is of really poor quality,” Mats Sandberg points out. “It is not a decrease in oxygen levels that occurs, but an increase in toxic pollutants, particles from combustion and from the wear and tear of rubber tyres and road surfaces. Therefore, the effect of this type of poor air quality is disease and not oxygen deficiency.” 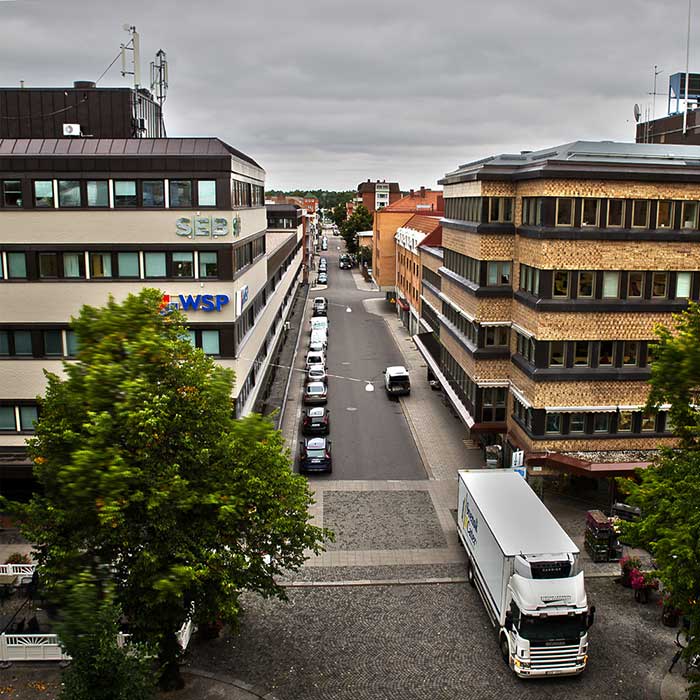 To a great extent, the problem of bad air flow through cities is a built-in problem. But when we plan new neighbourhoods, and even new cities, Mats Sandberg has solutions. One of the most important ones is variation.

To vary both building height and street width is beneficial. The street network can be seen as a flow network, where air flows along the streets and when streets of different width meet at intersections, vertical upward air flows are generated and they carry pollution away, while attracting new air from their sides.

A key word in the context is turbulence, which is usually perceived as something negative, but for ventilation, it is a very positive occurrence. Turbulence means that irregular movements circulate the air, and so also its pollution, more than regular movements. Variation of building heights and irregularities in the design of buildings and traffic routes may create or increase turbulence. You may think of when you stir up dust from the floor at home. Larger particles demand another quantity of air than smaller ones. Turbulent air movements have an effect on many different kinds of dust.

“Turbulence lifts pollution from traffic up from the ground or the street level, and sends it up above the city, where it can more easily be ventilated away by the vertical and faster winds.

Working with the wind environment

Urban planners and even architects have an important role to play concerning air quality in cities.

“Wind environment is not something that we focus on a lot in Sweden. We used to think that we had a limitless supply of air to dilute pollution from the chimneys. But as pollution has moved down to the street level, we cannot keep thinking in that way. All buildings together make up a cohesive body for the air which is then prevented from entering the city and diluting its air pollution.

We can no longer use old rules of thumb. Instead, we must measure where the resistance is and also establish how we measure such resistance to get the correct numbers.

“For example, we can no longer measure air flows near the walls of the buildings, neither inside nor outdoors. This is important knowledge when we place our sensors. Moreover, ventilation measurements indoors and outdoors are similar. We can evaluate city ventilation with the same methods that we use for indoor ventilation in buildings. Besides, we can for example calculate how ventilation air is distributed by measuring the age distribution of the air.

For Gävle, the situation is not very dramatic, as it is not densely built.

“However, the buildings are of fairly equal height which may cause poor air transportation at the street level due to less turbulence. It is still a good idea to build a model of Gävle in the wind tunnel to establish its preconditions.”

Yet, some say that it must depend on the wind direction how the city should be planned to alleviate wind resistance.

“However, wind direction over time is fairly constant so it is probably a good idea to design new housing areas with this in mind. This aspect is hardly ever considered, which it should,” Professor Mats Sandberg concludes.