Come and talk to our prospective students

On Wednesday 15 February between 8.30pm and 4.30pm, the University of Gävle arranges an open house, and the University will be teeming with prospective students who, in company with their nearest and dearest, will be guided around our beautiful campus.

The open house is a tradition since quite a few years back and it is very much appreciated by the students.

“We are counting on many visitors. We usually have faraway visitors from many different cities in Sweden and even from our neighbouring countries, which is great,” says Johanna Esplund, communicator at the University of Gävle. “We also welcome the media. Take the chance to talk to hopeful young people, our prospective students.” 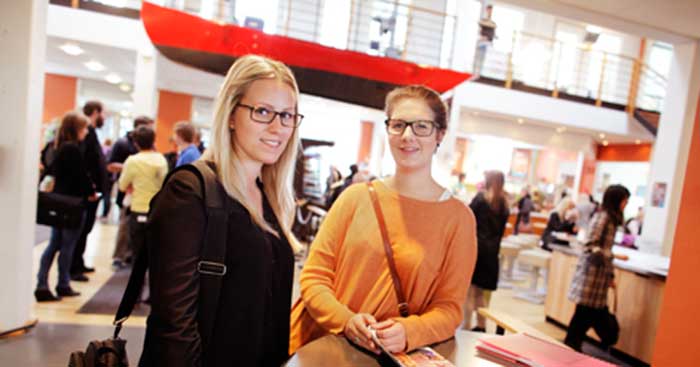 “We would like to give young people a chance to become slightly more prepared for when they later, we hope, become our new students,” Johanna Esplund says.

Student City of the Year

During the day, lecturers and students answer questions. Moreover, visitors have the possibility to meet study counsellors and a number of student ambassadors.