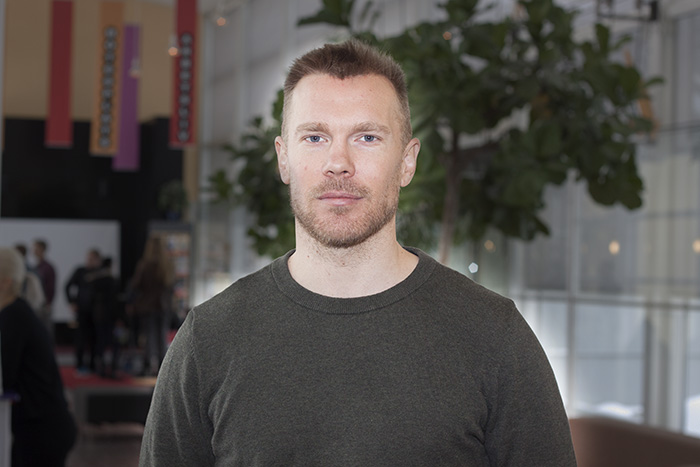 Our expectations rule everything

In a series of experiments, Andreas Haga has shown that our expectations of eco-friendly products determine our experience as well as our performance. He used two identical lamps, but labelled one of them “eco-friendly” and the other “conventional.”

He got the same results when he tested colour-discrimination; the label on the lamp determined the outcome.

Applicable also when it comes to personality judgment

To determine if this effect could be generalised, Andreas also chose a task unrelated to the lamp itself, as there is a natural connection to a desk top lamp when it comes to colour discrimination and proofreading.

The task was to judge the personality of eight people, for instance to determine whether they were wasteful or economic, just by looking at a photograph of them.

The importance of our conscience

Andreas claims that we all have a moral account which differs between people. If you care about the environment and are asked to assess an eco-friendly product, you may increase your motivation to perform better in order to be able to give the product a better assessment, all to ease your conscience.

“To achieve a better match between your attitude and this lamp, you may put more effort into succeeding to make it seem better, just because you want it to be.”

However, of you have low concern for the environment, you will no get a bad conscience if this lamp is not so good to use or if your performance weakens while using it.

“You don’t care and so your performance is better in the light of a conventional lamp than in that of an eco-friendly one.”

Andreas says that his results in all studies are very robust and can be easily generalised. Our behaviour differs depending on our values and attitudes and they are strongly polarised.

He doesn’t believe in trying to force people into changing their attitudes and values and sees it as a waste of time to try to convince someone who doesn’t want to be convinced.

It must be easy to do the right thing

What we should do, Andreas says, is to facilitate environmentally friendly behaviour. It should be easier to behave in the desirable way.

When it comes to cars, it must be easier and, above all, cheaper to be environmentally friendly to attract those who are not convinced.

And when it comes to waste sorting, we must succeed in making waste sorting easier than just throwing your waste in the bin. Then people will do it, because it is easier.

“If I don’t like environmentally friendly products and someone forces them on me, and then even forces me to use them to do something, then I might choose to behave in the opposite way.”

He tells us that when it comes to environmentally friendly products, we should consciously hold back a little to avoid stirring up aggression. Studies have shown that consumption will increase if information is more restrained and less pushy.

“We must avoid stepping on someone’s toes”, Andreas Haga concludes.

Andreas Haga defended his doctoral thesis ”Psychological consequences of moral labelling in the built environment” at the University of Gävle, 7 March 2018.