“They draw the wrong conclusions, and the risk for erroneous classifications of both adults and children are not correctly calculated,” says Johan Bring, professor in statistics at the University of Gävle.

Two professors in statistics, Johan Bring and Lars Rönnegård, are highly critical of calculations used in age determination of asylum seekers in Sweden.

They turned it around

“They have turned it around and calculated the probability of an adult to be categorised as a child, and that is not the same thing as the risk for categorising a child as an adult,” says Johan Bring, researcher and founder of the business Statisticon.

“The Swedish National Board of Health and Welfare has calculated one probability, but used it for another. This is not professional.”

According to Johan Bring and Lars Rönnegård, there are more errors in the report from the Swedish National Board of Health and Welfare; for this reason, they argue for the report to be redone.

The researchers claim that since no one knows the age distribution of the asylum seekers in the first place, we cannot calculate the risk for a child to be categorised as an adult without making assumptions on age distribution.

“The method should be legally certain for 17-year-olds since they run the highest risk to be categorised as adults.”

No benefit of the doubt

The National Board of Forensic Medicine’s methods for age assessment also includes an x-ray of wisdom teeth. However, their decision remains the same even if only one of the analyses indicates that the individual is more than 18 years old. The age assessment sent to the Swedish Migration Agency, which is the agency responsible for making the decision on asylum, will in such cases still make the claim that the individual is over 18 years of age.

The two professors criticise this procedure as well, and they point out that the National Board of Forensic Medicine themselves maintain on their webpage that it is less probable for an individual with only one mature part of the body to be above 18. 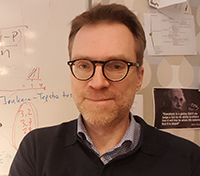 Professor Johan Bring has recorded four short explanatory films in which he explains in a pedagogical manner the grounds for their critique of the Swedish National Board of Health and Welfare’s age determination methods.