“To be able to show the unique aspects of a city or street is the aim of my research,” says Ding Ma, researcher in geographic information systems at the University of Gävle. 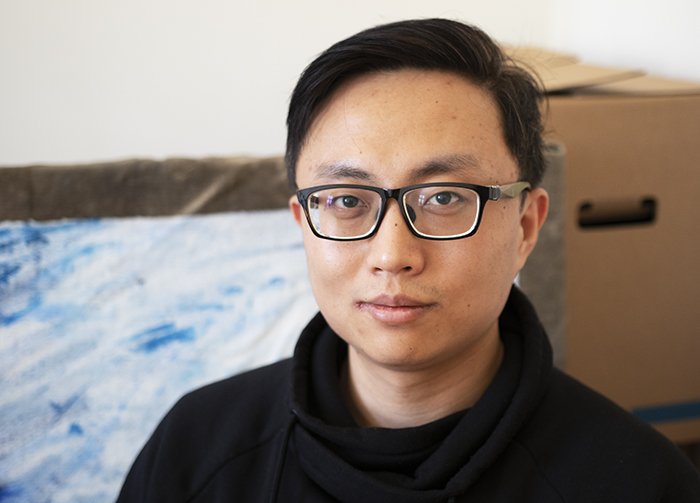 A new way of thinking

To model the environment, Ding MA uses a new way of thinking, fundamentally different from previous perspectives. Ding Ma uses as much geographical data as possible because he has found a way to isolate relevant aspects.

“Now, we can make people understand their surroundings, their environment in a better way,” Ding Ma explains.

The new aspect about modelling in Ding Ma’s research is that it shows natural streets and natural cities. Up until now, digital maps have shown a street as composed of different parts.

“But when we show this street, it is not split up into different segment; instead it is shown in its entirety, a continuing street with the same name.”

We are now working on a universal way of describing a city, irrespective of in which country it is located, by relying on certain attributes, for instance buildings, which the computer can calculate and then, in the next step, show what the city looks like.

“If we model the city based on natural streets, we learn about human mobility and behaviour, about how that street may shape human behaviour.”

“And if we model the relation between natural cities, we can discern how the mechanism behind the urban surface becomes larger or smaller. There is always a pattern behind.”

There are very many small things and fewer big things and together they form a long tail. Such a hierarchy is a natural phenomenon which surrounds us.

This is true both for the magnitude of earthquakes everywhere on earth, as well as for the components that make up a tree.

“However, while this is natural and comprehensible to us, it is seldom used. To be able show what is unique about a tree, a city or a street is the main focus of my research.”

Ding says that the tool they are developing can help urban designers understand the mechanisms behind how a city functions and give us a deeper knowledge about the behaviour of people using a city: where they meet, work and live.

“If we learn more about the underlying mechanism, if we grasp those, we will facilitate decision making.”

And for environmental researchers

If we learn more about the character of big data when it comes to observation of environmental change, we will gain more exact information and be able to detect incorrect information. As a result, we will be able to focus on what we should do.

Ding MA has accepted a postdoc position in Tokyo, Japan. There, he will work on modelling for example evacuation plans in the case environmental catastrophes like earthquakes.

“In the case of environmental catastrophes, I think that there will be many areas in which our knowledge will prove to be useful. Other fields might be underground transportation and maybe within the industry,” Ding Ma concludes.

Ding Ma defended his dissetation Topological and Scaling Analysis of Geospatial Big Data at the University of Gävle on 16 May 2018.

Professor Dr. Shaowen Wang, Department of Geography & Geographic Information Science, University of Illinois at Urbana-Champaign, USA was the external reviewer and Professor Bin Jiang, the University of Gävle, was the supervisor for the project.