Teachers from all the world convene in Gävle

In the ATEE conference, “A future for all – teaching for a sustainable society,” at the University of Gävle, teachers from for example Japan, Australia, China, Iran, Nigeria, the US, Russia and from all over Europe will for three days discuss how teaching can help give everyone a future. 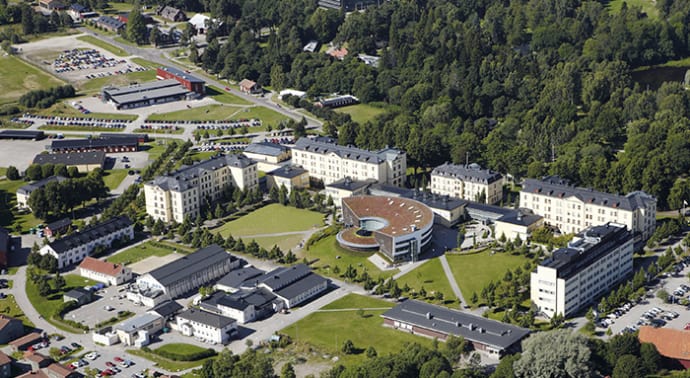 Meetings which make a difference to children in school

“We have members from all over the world, says Åsa Morberg, president for the association and former dean at the University of Gävle.

“What distinguishes ATEE from other associations is that it welcomes theorists as well as practitioners and that researchers and teachers meet. We organise good meetings which make a difference to children in school.”

Since the 1970s, Åsa Morberg has been involved with international work, and she underlines that cultural differences are important both to cherish and to develop. She is one of the oldest members of ATEE and she has been its president since 2016.

“In a way, it feels as if the world has shrunk; we are much closer to one another now compared to when I started,” Åsa Morberg says.

The annual conference has grown in scope and is now a global one with around 260 participants from all over the world, from Japan, Indonesia, Australia, New Zealand, Chile, China, Iran, Nigeria, the US, Russia, as well as European participants including representatives from the European Commission.

“This conference is very important to the University of Gävle and to the development of our teacher education, for our research and for our collaborations,” Annika Elm states. She is in chair of the ATEE organising committee here at the University of Gävle. She informs us that there will be an exhibition about sustainable cities organised by upper secondary students from Gävle.

ATEE one of the oldest association in the EU

“The Association for Teacher Education in Europe (ATEE) concerns the exchange of research and teaching practice in Europe, but now has a global reach,” says Åsa Morberg, president for the ATEE and former dean at the University of Gävle.

ATEE is an European association founded in 1976 and it celebrates 42 years in 2018. It is one of the oldest associations in the EU, with very close relations to the EU parliament and commission, and now its 43rd annual conference is held at the University of Gävle.

The staff of the University are welcome to listen to key notes.
Program Pdf, 552 kB.