Community work back on the agenda in Sweden

“We are back to a situation in which large groups of people fall through the cracks in our system; community work then becomes a way to strengthen one another and to combat growing social inequalities and social exclusion,” Stefan Sjöberg and Päivi Turunen point out. They are researchers in social work at the University of Gävle. 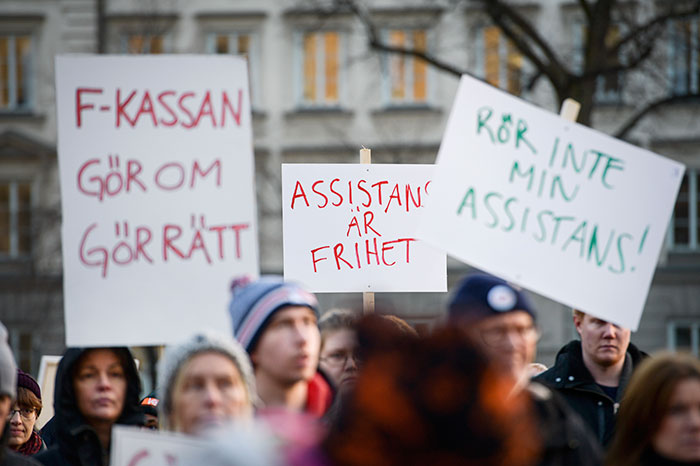 Stefan Sjöberg and Päivi Turunen are the editors of the new anthology Samhällsarbete: aktörer, arenor och perspektiv, which translates into Community work: actors, arenas and perspectives.

The 17 contributors to the anthology explore community work as an important dimension of social work. The book highlights community work and life conditions for people in vulnerable local communities located in marginalised sparsely populated areas and segregated suburbs in Sweden. The focus is on everything from traditional community work to new ways of working that go beyond the core activities of the welfare state.

Large groups of people fall through the cracks

Päivi and Stefan argue that Swedish society has changed dramatically during the last few decades and that the Swedish welfare model no longer encompasses the whole population. Certain groups in the population and certain geographical areas, like vulnerable sparsely populated areas and segregated suburbs, are affected by this change.

“We are back to a situation in which large groups of people fall through the cracks in our system; focus on the individual is important but not sufficient. That is why community work is needed now more than ever; that’s the main point we’re making,” Päivi Turunen says.

Päivi Turanen establishes that community work has a long history within social work; it reaches back to the end of the 19th century when the settlement movement began social work and research in the slum areas of the working class and immigrants, primarily in Great Britain and USA. Many women were active in such community work.

“If such a driving force had not existed,” Stefan proclaims, “the welfare state of the 20th century would not have emerged. However, Stefan argues that now the welfare state has been partly dismantled in Sweden and general social programs and benefits have been replaced with a prevailing individual focus.

No protests, no reforms

According to Stefan Sjöberg, community work can be performed by professional social workers. In Sweden, field work teams often carry out such field work, and, in fact, field social workers in Gävle are forerunners. “The Northeast project” in Gävle, involving the field work team, has resulted in a decrease in property damage and crime.

Stefan would, however, like to point to vulnerable groups who organise themselves to make their voices heard. “The Megaphone” from Järva, Stockholm, for instance, is one such example of a social movement which now arranges youth festivals, seminars and sports activates engaging many young people.

Another example is people with disabilities who join forces to protect their rights and, as a collective, gain greater force in making their voices heard.

“Without such work, I doubt that all social reforms, and even all social legislation, that we have today would have come into effect“, Stefan Sjöberg says.