“We think our book can help teachers to manage the multicultural classroom, especially concerning religious education. It has been a sensitive area, but now is the time. Teachers are simply not prepared for it,” says Peder Thalén, professor in religious studies at the University of Gävle. 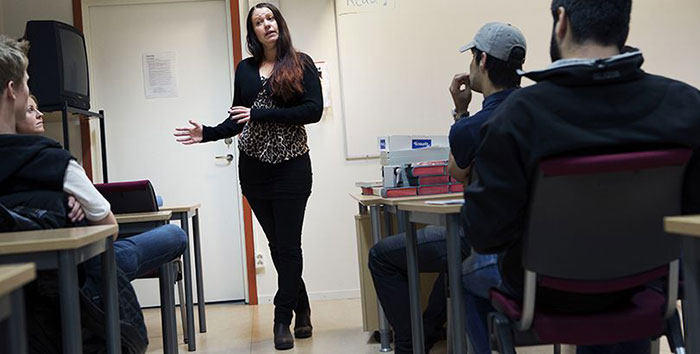 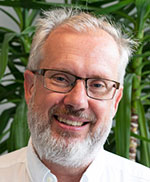 Peder Thalen has co-edited the book Interkulturell religionsdidaktik together with Olof Franck, reader in Gothenburg. In Peder’s view intercultural discipline-based religious education is a fairly new subject which is becoming increasingly relevant, as many teachers do not know how to manage the multicultural classroom in, especially, religious education.

“The subject religious education has increased in importance in the last few years. It has not been much prioritised in the past, but suddenly it is in the centre of attention and that makes the subject more interesting,” Peder Thalén says.

“The idea behind this book,” Peder explains, “is partly to give future teachers a chance to prepare themselves beforehand for what is to come, but also to provide tools that can make it easier to navigate in the classroom. I think that many future teachers of religious education are not prepared enough and that reality can be rather tough.”

“The book brings up various problems I think that each single teacher faces and needs to learn to manage.”

The Swedish approach itself visualises a clash of cultures

Peder points to the fact that, in Sweden, there is a prevailing expectation that one should be able to question, challenge and distance oneself from, for instance, religion. However, such expectations can be provocative in the classroom.

“Not everyone is used to thinking about religion in such terms. It is a minefield; teachers have to learn how to navigate among emotions and how to respond when pupils voice different attitudes.”

At the same time, religious education teachers need to know how to create a permissive atmosphere so that pupils dare to voice their views, which is very highly qualified work.

“It is very delicate, and it becomes a kind of laboratory for the multicultural society.”

How tolerant should RE teachers be?

Such work should then be calibrated with the fundamental values of Swedish schools, gender equality and the equality of all people.

“Where do you draw the line, where does the teacher put his or her foot down? How tolerant and open should you be? Many questions emerge. The classroom atmosphere may turn aggressive,” Peder claims, “and while policy documents emphasise tolerance and openness, you have to draw a line in real life.”

We take the multicultural society for granted and it should not be questioned as such. But certain issues are non-negotiable and certain opinions are not ok, and we are not provided with a lot of guidance on how to realise these goals.

The first book of its kind

“I think that we really need to strengthen this aspect in our programmes for future religious education teacher, because at present you graduate without being fully prepared,” Peder Thalén says.