The plan for a new neighbourhood determines its air quality

“We need to understand how a city interacts with winds. We have solid knowledge about ventilation and our research is of high quality,” says Mathias Cehlin, research manager at the University of Gävle. 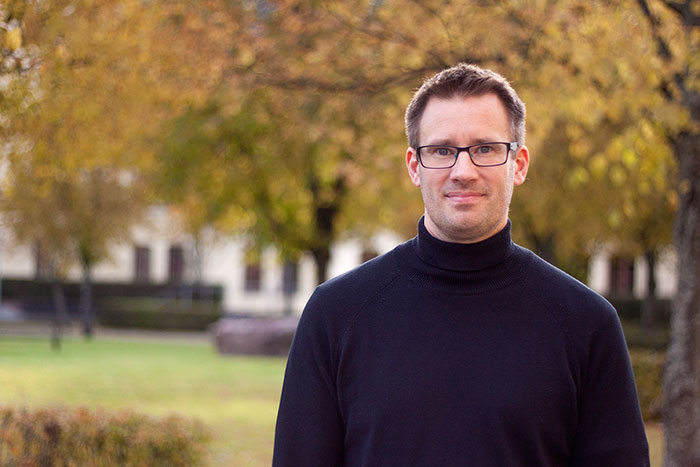 Formas, the Swedish Research Council for Environment, Agricultural Sciences and Spatial Planning, allocates five million SEK to the University’s research on improved ventilation in cities. This is part of Formas’ 125 million research programme on building a sustainable society.

How to build a city

As air approaches a city, it will meet with increased resistance, which means that some of the air will flow above or around it. As there is clean air above cities, the researchers in Gävle are looking into possibilities of leading clean air down to the street level by varying the height of buildings and the width of streets.

“The aim is to find ways of leading clean air flows down to dilute air pollution in the city, and such variations help us reach that aim,” Mathias Cehlin explains.

Look at the leaves in the autumn

If the city is compact with tall buildings, clean air does not generally reach the ground level and, if it does, whirlwinds with the ability to accumulate are formed.

“This is clearly visible now in the autumn when leaves are trapped in such whirlwinds. In a similar manner, air pollution becomes trapped in these whirlwinds resulting in higher and higher concentrations of air pollution, and this is something we would like to avoid.”

The researchers aim to find ways to get clean air down to the street level to improve air quality outdoors but also indoors. Buildings are ventilated with air from the city, and it is problematic that city air tends to be polluted.

“In Sweden, we usually say that we ventilate building with clean air, but in big cities it isn’t clean air but polluted air that we use.”

The city as a building

“Often, air and pollution return to where they came from. In building ventilation, we have the knowledge required to handle such complexities because we have a history of collaboration with researchers in Japan, China and Europe.”

Presently, the focus is to create the basis for methods to evaluate air quality which take into account how the city is built and how neighbourhoods will be built. As mentioned, the starting point is the view that the city is a building consisting of rooms without roofs.

“We would like to develop simple tools for urban planners to use when they compare alternative designs for new neighbourhoods. The fact that our team consists of a multidisciplinary group of researchers from ventilation, energy systems, architecture and geographic information systems is also new,” Mathias says. 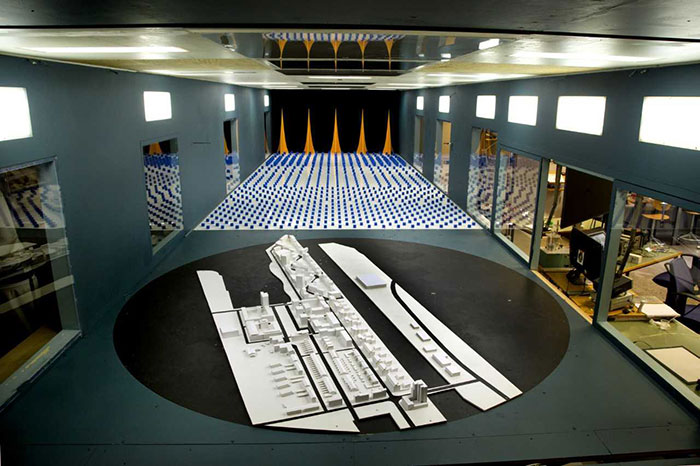 Wind tunnel at the University of Gävle

“We will use our wind tunnel for detailed studies as well as a model of the city Guangzhou in China consisting of 3300 buildings that can be reorganised to test different designs. We also collaborate with researchers in Italy who are experts on the significance of trees and parks.”

Normally, trees have a positive, cooling effects as they reduce solar radiation and provide

shade. Moreover, they take up contamination and filtrate.

“However, in narrow streets with heavy traffic, trees may accumulate pollution and create higher concentrations and they also provide resistance to clean air flows. For these reasons, we need to be careful in selecting the proper kind of trees, especially in narrow streets surrounded by tall buildings. 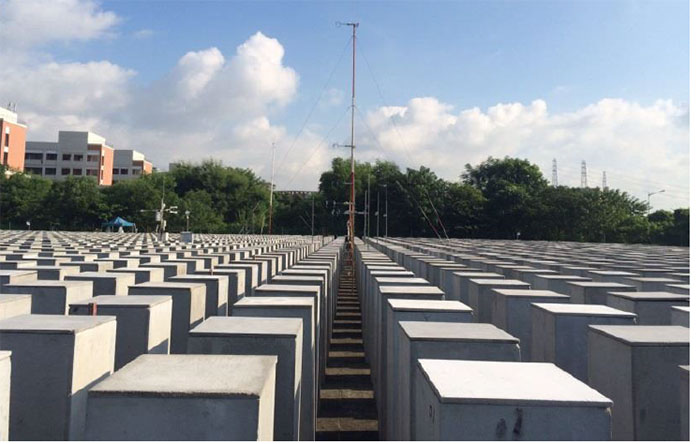 “In short, when evaluating air quality, it is not enough to have a local perspective and study a particular street, we need to look at how the city as a whole interacts with winds,” Mathias Cehlin concludes.

This is a three-year long project and builds on the extensive research of Mats Sandberg, professor in indoor environment at the University of Gävle. Sandberg focuses on ventilation and wind tunnel measurements. The University of Gävle has built a solid knowledge base over the years and this project proves that its research in the field is excellent.