Healthcare staff must deal with unrealistic expectations on weight-loss surgery

“Healthcare staff need to learn how to deal with the unrealistic expectations on gastric bypass surgery prevailing in internet forums,” says Mikaela Willmer, researcher at the University of Gävle. 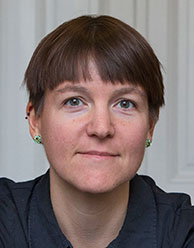 Mikaela Willmer believes that it is the anonymity of the net which attracts this group, as overweight is stigmatised in society and those who fail to lose weight experience a great deal of shame and guilt.

“Gastric bypass surgery is seen as cheating. People are told that is it is a quick-fix and that they are not prepared to put in the work needed,” Mikaela Willmer says.

Very active on the internet

The two researchers from Gävle, Martin Salzmann-Eriksson and Mikaela Willmer, have by following two different discussion forums on weight-loss surgery on the net drawn the conclusion that this group, mainly consisting of women, are very active on the net, even by international comparison.

“In these forums, people encourage one another and their expectations for a new life with a new body are unrealistic. You are supposed to become happier, more outgoing, and be permanently relieved of depression, anxiety and worries.”

They will not become super slim

“Realistically speaking, they will not become super slim and probably not even of normal weight, but that is what they are talking about. And this is a problem.”

Mikaela points out that the purpose of weight-loss surgery is not to create thin women but to create people who feel better, who do not die prematurely, who do not get complications from diabetes and who do not need to go through knee replacement surgery at a young age.

“You do lose weight, you lose a lot of weight, but as most start on a very high BMI, they do not reach what we call normal weight. The health benefits are enormous, but this is not what they themselves had imagined; they wanted to be thin.”

“They may feel psychologically slightly better than before, but they will not become as radiantly happy as they might have hoped, and if they were not feeling well before, there is a risk that they might not feel very well afterwards either.”

The researchers call for healthcare units to organise support groups where participants may meet in an orderly manner both before and after surgery so that those who would like to go through surgery can meet with those who have had surgery already and discuss what is actually going to happen.

Healthcare institutions need to organise such meeting places to take the benefits of this amazing ability patients have to give one another support. In this way, expectations on the effects of surgery may become slightly more realistic.

Gastric bypass surgery is still a good idea for many with a very high BMI, the researchers maintain, because, as a group, the patients’ wellbeing increases afterwards, especially concerning musculoskeletal disorders, diabetes and blood lipids.

It would be a good idea to perform surgery on more overweight men even if they are a smaller group (around 20 percent), as their overweight tends to be more dangerous.

“Weight-loss surgery is still seen as a form of extreme way to lose weight, it is only for “sissies,” not for men. We need to get rid of such attitudes because , sadly enough, many men now die prematurely, and it is not a fun way to go,” Mikaela Willmer concludes.