We understand environmental problems but we don’t change

“The challenges for creating sustainability stem from human behaviour that we must change,” says Noah Linder, PhD student in environmental psychology at the University of Gävle. 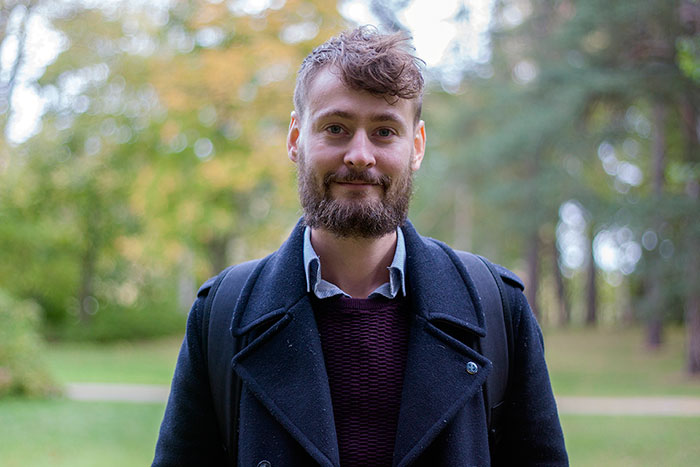 We understand but we don’t change

Noah Linder says that we tend to speak a lot about how technical inventions will solve the challenges the world faces, but the actual problem, in fact, is that we don’t use the technical solutions available today.

“We understand, but we don’t change, and this refusal to change is a completely different barrier, and a much bigger one than people realise. That Is why we need to bring in psychology in environmental research to help explain this complexity of behavior and behavioral changes,” Noah Linder says.

In his research, Noah explores how we can use insights primarily from applied psychology but also from behavioural economics to promote sustainable changes in behaviour. One of the theories he uses is called nudging (a small push in the right direction). The important element in nudging is that the changes must be minute and easy not to make, and they shouldn’t involve financial incentives.

A study on food waste showed that reducing plate size only by 3 centimetres in a hotel buffet reduced food waste by 20 percent. Moreover, in a shop, we tend to choose object displayed on eye level on the shelf.

Nudging is about small changes that can have rather great effects on our behaviour. Importantly, if you don’t want to let the nudges affect your behaviour, you can overload your plate or bend down to take objects that are not environmentally friendly.

In collaboration with Stockholmshem, Noah encouraged residents in a Stockholm suburb to increase their food waste sorting by an estimated

25 percent. Food waste recycling stations had been placed outside some of the flats, but not many people wanted to use them.

To change this situation, an information sheet conveying the message that people were actually sorting already, “do it because your neighbours are doing it,” was distributed together with sorting bags. The aim was to make it really easy to for residents to start sorting their food waste and for them to make a habit of it.

“Such value-free arguments addressing my own group often tend to work better than hard-wired "save the environment arguments",If my neighbours are doing it, it should be the right thing to do.”

Often, it is unclear what behaviour is expected of us in public spaces, Noah thinks. One example is that the litter bins tend to blend in with the environment instead of standing out from it.

“If we want people to put their litter in bins, it might be better to make litter bins that are easily visible, because then it becomes clear that this is what we expect of people in public spaces.”

“Studies have also shown that If we see other people breaking the norms, we then to follow their example. For instance, if there is a lot of graffiti on the walls, we tend to throw more rubbish on the ground. I want to turn it around and explore how to create environments that promote sustainable behaviors.

The most sustainable campus in the world

Noah points out that physical environments influence our behaviour in a very powerful way. Nudging has had that effect on a smaller scale, but now Noah would like to find out how we should design city spaces or whole city environments in their entirety to promote sustainable behaviour.

“My focus is on how to design our environment in the best way possible to promote behaviour that we would like to encourage. I don’t think that we have this perspective when we design city environments today.

The coming spring, Noah goes to Singapore. He is to collaborate with Nanyang Technological University, a top-ranked university. His plan is to make the NTU campus the most sustainable one in the world.

Image of Noah Linder can be downloaded herer