“Urban Studio at the University of Gävle are key note speakers at Sweden’s most important meeting place for smart cities. Stephan Barthel and I will take up the challenges we face as we humans now have an impact on the whole planet,” says Johan Colding, research coordinator at Urban Studio. 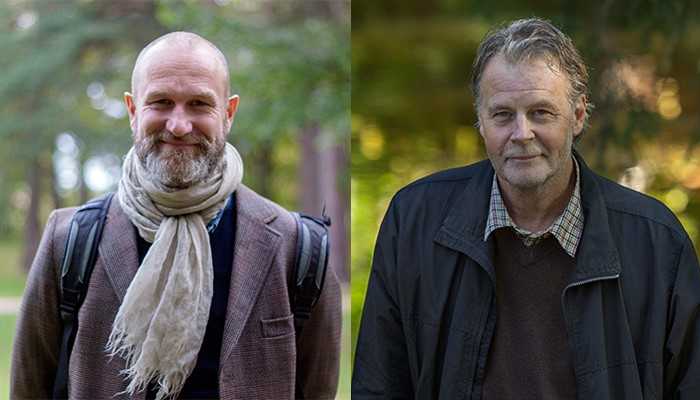 Johan Colding points out that in 2050, there will be megacities with 2,7 billion inhabitants with a total land area as big as that of France, Germany and Spain together.

“At the same time, we need to think about climate change and try to reduce emissions; how is this going to work? That is the main challenge.”

Concerning the ongoing loss of biodiversity, Johan shows us current figures from the International Union for Conservation of Nature demonstrating that 27 percent of all known species on the planet are now risking extinction. A quarter of the world's mammals are at risk together with 40 percent of all amphibians.

“The on-going loss of species is enormous, unfortunately. Big parts of the rain forest are dying because of droughts, logging and rainfall changes. We have taken away the animals’ natural habitats where they are supposed to live.”

Another main challenge that Johan foresees is digitalisation which will affect us all. Digitalisation will transform everything, for better or for worse, and we can see the effects already. He draws our attention to the fact that a large part of the population, 15 percent in Sweden and as many in the US, do not use digital technology, some because they refuse to and some because they lack the necessary capacity.

“A big part of the population will be cut off from digitalisation and the question is what will happen to democracy, which is slow to its nature, when people get used to direct response and refuse to wait for that reflection which democracy needs?”

The researchers also wonder what is going to happen to our jobs. As machines will carry out an increasingly larger part of our work, and AI will become more important, more people will be replaced by machines as they are in driverless cars and busses.

“Many social issues are currently overlooked in the development of smart cities, and we who are part of the research world feel a responsibility to highlight and debates these issues.”

A wider debate is needed

Johan says that Stephan and himself would like to identify and point to areas in which we must do more work to ensure sustainability in the smart city.

“The debate in society must become wider. The developers shouldn’t go about this quietly and decide everything for themselves; instead researchers need to be involved.”

In publications and research reports, computer science and technology dominate completely, and only a few percent of publications are published within the environmental field, and the ecological aspects are considered even less, Johan informs us.

“There is very little that points to how living systems can be strengthened by this development and people tend to forget how large an amount of natural resources all this infrastructure needs.”

“Smart Cities” is a conference as well as a meeting place, at Kistamassan, Stockholm 28-29 November focused on the development of the smart and sustainable city. Committed participants come from all of Sweden to discuss technology, IT, design and construction and sustainability.

Stephan Barthel and Johan Colding are key note speakers and their title is: “The sustainable city from a social-ecological perspective: What does research say?”

“We would like to speak about all the challenges we currently face as we humans have an impact on the whole planet, and this enormously rapid urbanisation that we can see now and which will continue,” Johan Colding concludes.