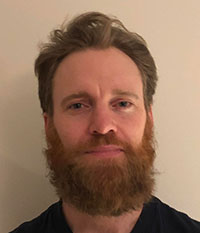 Peter Edlund, senior lecturer in business administration at the University of Gävle is awarded the prestigious Wallander scholarship of 1,722 million SEK.

He is awarded the scholarship for his research on status creation in the research community. Hereby, he gains full funding for three years of research with the goal to become a reader in business administration.

“I have studied how evaluations of funding applications are constructed and how these in turn have determined status and career opportunities for those who received different grants.”

Some money more prestigious than other money

“I have compared evaluations in which the amount of money granted is the same, but the evaluations differ in their organisational construction, and this fact has huge consequences for their different status. Having received funding based on certain evaluations becomes very important, as some evaluations are considered more prestigious than others. As a result, such grants are then more prestigious.

ERC-funded researchers are immediately offered positions at Swedish universities and they gain extra funding when they place their grants there. Moreover, they gain great visibility which facilitates the process of establishing collaboration with other researchers.

However, individual researchers receiving the same monetary amounts from the Swedish Research Council reserve-list support miss out on all these status boosts.

“It might seem strange that money is differentiated in this manner in the research community, since there is nowadays a great lack of funding,” Peter Edlund points out.

An elite within the elite

Peter has the impression that many researchers are unfamiliar with how the ERC works and of the consequences of receiving ERC grants.

“Certain circles within the Swedish research community compete to receive these grants and even smaller circles really succeed. It is a small world, almost like an elite within the elite.

“Career-wise, it is enormously important to be the recipient of certain grants rather than others.”

He would now like to explore this phenomenon from a broader perspective, as similar reserve fund grants exist in several national research councils.

The Jan Wallander and Tom Hedelius foundation in association with the Tore Browaldh foundation award the Wallander scholarship to young excellent researchers with a PhD. The idea is to give the recipient the opportunity to become a reader, as it provides full-time research during three years.

“The Wallander scholarship is very encouraging and means that I now have an amazing opportunity. It provides security and freedom during three years. Moreover, the scholarship is most certainly an asset for the future.”