Students at the programme in computer engineering at the University of Gävle have developed an app to “make it more fun and exciting to collect cultural sites.” 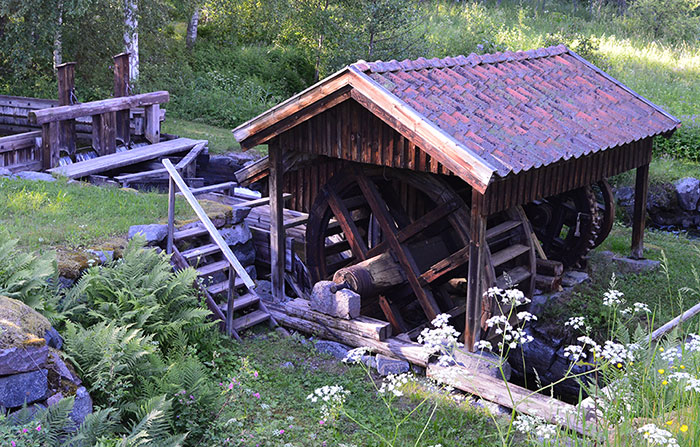 “Kulturjakten,” which the app is called, is about visiting cultural sites in Gästrikland. The association Naturkraft Gästrikland ordered the app; they would like people to discover that getting out in nature is beneficial to your well-being and, at the same time, stimulate tourism.

“We would like to offer experiences that people request and nature experiences are high on the priority lists when people choose tourist destinations,” Chair of Naturkraft Gästrikland Dennis Nordström says.

In the area around Högbo, the first area in the app, the students have uploaded ten GPS coordinates to visit. You need to be within ten meters distance from “the cache” to see it, and you get points according to how many you have found. There is also a link to click on to read more about the site you are visiting.

“Using modern technology can be a way to attract young people, but not only those, as old people ride their bicycles to go geocaching and look for turfs,” Dennis says.

The students are now working on the next area, which is Årsunda. One idea is for schools to use the app for a pedagogical purpose.

“This can to be really good for schools. If you have read about one or several of the objects, you can go there and then you will be given a few questions about what you have read,” Mattias Kranse says. He is one of the students who developed the app. 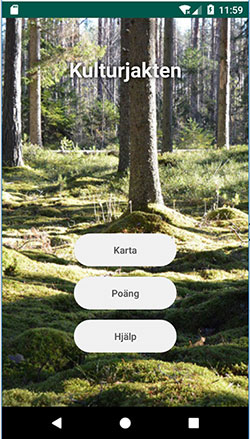 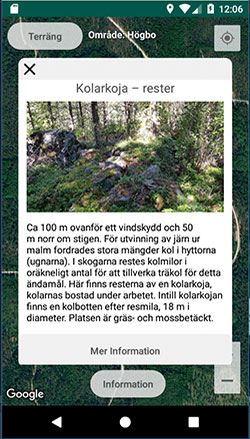 Erik Gidlund finds the programme very relevant and thinks that the project was a lot of fun. Indeed, he enjoyed it so much that he has found himself staying up until late at night developing apps of his own, and, in this way, he has extended his knowledge in the field.

“I am ready and I feel that I have the knowledge that the job market requires. Now, I want to go out and start solving problems,” Erik Gidlund says.

Rebecca Lindberg has found it very exciting to test the knowledge she has acquired in the programme in real life. In the future, she would like to study for a Master’s degree.

“This programme has given me wide knowledge in the field, and now I would like to specialise a bit more,” Rebecca Lindberg says.

To Mattias Kranse, the process of having to be flexible and adjust to a client has been very instructive, to be able to test if one’s knowledge sufficed for that.

“I am ready to go out to work now and I feel well prepared,” Mattias Kranse says. 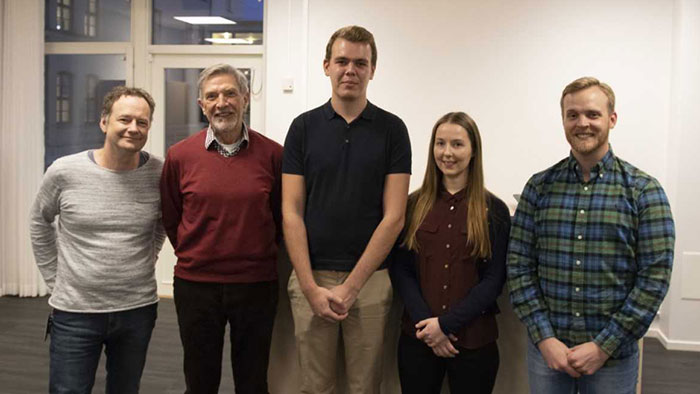 Åke Wallin, programme director for the study programme in computer engineering at the University of Gävle