Researcher at the University of Gävle:
“Don’t make social-ecology into a buzzword like all others”

“60 percent of all scientific journals we looked at use the concept without defining what they mean. In this way, it becomes nothing but a buzzword and no one stands to gain from this,” says Johan Colding, reader in environmental engineering vid University of Gävle. 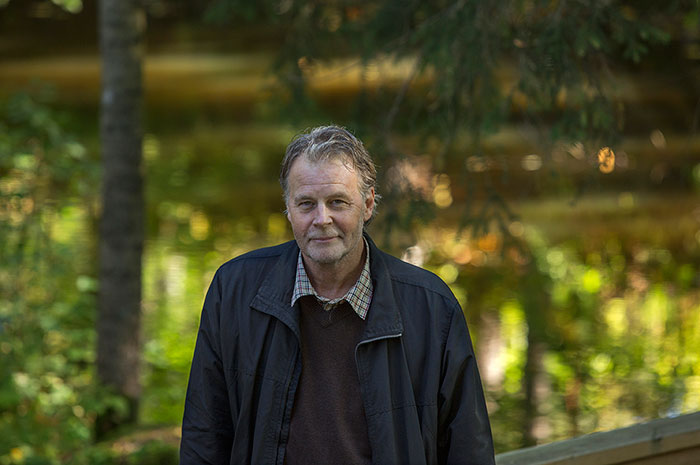 Social-ecology concerns the interplay between sociological groups, cultures and societies and their relationship and interplay with the surrounding physical environment. The concept originates in researchers’ insights from studying local communities that survived for a long time by careful management of their natural resources in a sustainable way. These groups were, for example, Native Americans, local fishing communities, Sami people or indigenous people from the Amazon rain forests.

“How ecological knowledge and understanding of the ecosystems were built into institutions, that is into rules and norms, on how to actually manage in this way. We used this whole framework and it turned out to be very fruitful,” says Johan Colding, who together with Stephan Barthel published a new article in the journal Ecology & Society on the occasion of the fact that the concept of social-ecology turns 20.

How is Stockholm’s ecosystem doing?

The researchers used the latest social-ecological framework to look at Western cities, and Stockholm was one of the first urban areas they studied. Within the area, which is around 100 000 hectares, there were 180 allotment gardens, 24 golf courses and residential areas containing a lot of greenery, which had earlier been registered as built environment.

Johan says that almost all residential areas are registered as built environment. But they could show that 20 percent of these areas were in fact green and contribute to increased resilience in the ecosystem and, moreover, they interact with natural reserves in supporting biological diversity.

Allotment keepers and bee-keepers are invaluable

“So, I myself and Stephan and a few more started to map this informal part, what growers there were, not what the state or the city is doing, but what people were doing in their backyards, that is, the importance of allotment keepers, bee-keepers and others,” Johan says.

This was something completely new, to show that people were keeping up traditions and transferring them also in Stockholm within approximately the same framework. So, in this way urban green commons were created, a kind of stewardship where people themselves are taking care of the green areas. Colding and Barthel found and studied them in Berlin for instance, but they have followers in other places, not least in Stockholm.

“Much of this was generated by the social-ecological framework we developed and that we nowadays use in research conducted within Urban Studio.”

The interest has exploded

Johan says that the purpose of studying resilient local communities was to see what the Western world can learn from these, and, lately, the interest in the field has absolutely exploded; now there are around 13 000 scientific publications on the subject.

“We could see that many researchers were inspired by our theories about the social-ecological interplay that we developed in 1998 and which is perfect for the analysis of complex social systems.”

Johan points out that it is a positive thing that increasingly more researchers are using the whole concept. Earlier, the dominating worldview separated social systems from ecological ones. But today, it is generally accepted that there is only one system and that it is all connected. This is the major contribution of the social-ecological systems framework.

Don’t let it become a buzzword

“60 percent of all scientific journals we looked at use the concept without defining what they mean. In this way, it becomes nothing but a buzzword and no one stands to gain from this,” says Johan Colding. “Often, the concept is used without a concrete definition. It almost the same thing with sustainable development; it has become a buzzword.”

Johan says that it true that our lives are improving, but is has been at the expense of the planet, and we tend to forget that sometimes.

“I am for the institutional, in which the state serves a function and the municipalities and local institution regulate. The opposite is the market, which is like the invisible hand, and I don not think that the market will take care of all this.”