“Despite the fact that research shows that 8 out of 10 office workers are distracted by noises and state that their productivity decreases by up to 66 percent, we keep investing in open-office environments,” says John Marsh, researcher at the University of Gävle. 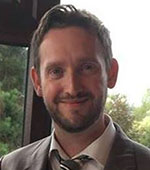 At the office, background speech, gossiping and loud voices over the phone distract us the most, John Marsh says. He adds that telephone conversations are ongoing everywhere in today’s offices, which means that we cannot avoid being affected by background speech. But, he continues, few studies have been made on how much other people’s telephone conversations distract us as co-workers.

One study John Marsh participated in demonstrated that we experience noise as distracting only if we understand what is being said, and telephone conversations in which we can only hear one part of the conversation are more distracting than others.

“If we only hear one part of a telephone conversation, we become curious and strive to fill in what is missing; it triggers a need to fill in the gaps. It also becomes an unexpected change when the person you are listening to stop or begin talking. We know that a sudden noise in an otherwise quiet environment immediately attracts our attention.”

Affects our ability to remember

Another study focuses on the process of generating a description of the perpetrator’s appearance by recreating a crime scene. Here, the researchers determined that when exposed to a telephone conversations in which they could only hear one part, the test subjects’ memory deteriorated considerably.

The obvious conclusion the researchers draw is to keep working places as quiet as possible. Distracting noises in an office can cause stress and ill-health. There is also evidence that noises affect productivity.

“In a study from 2015, 8 out of ten reported that they were regularly interrupted by office noises and that their productivity then decreased by 66 percent.”

No way to avoid these noises

Researchers have experimented with different methods to mask, and in this way reduce, distracting background noise. They have used headphones with music, different incentives to increase motivation, or made work tasks more difficult temporarily, as people were less distracted by noise if they had to concentrate harder.

“Or, ironically enough, we asked people to switch to loudspeaker to enable others to hear the other speaker.”

As distracting office noise has such a negative impact, John envisions future office environments as either quiet, or flexible, activity-based environments divided into different zones according to the work task at hand, including quiet zones.

“Otherwise, there is no way to avoid these noises we are talking about, noises which make people sick and which have a strong negative impact on productivity,” John Marsh concludes.

For three years, researchers from the University of Gävle have followed 500 employees at Swedish Trafikverket (Swedish Transport Administration), which has carried out major changes in office plans in several offices, moving from cell office designs to activity-based open office environments.