Hay harvested from traditional cultivated fields in Iggön and Skutskär has been strewn across empty grassy areas in two residential areas in Gävle for the purpose of creating meadows full of flowers and bees. This is a part of the EU project Augmented Urbans, where the University of Gävle is collaborating with actors such as the housing company Gavlegårdarna. 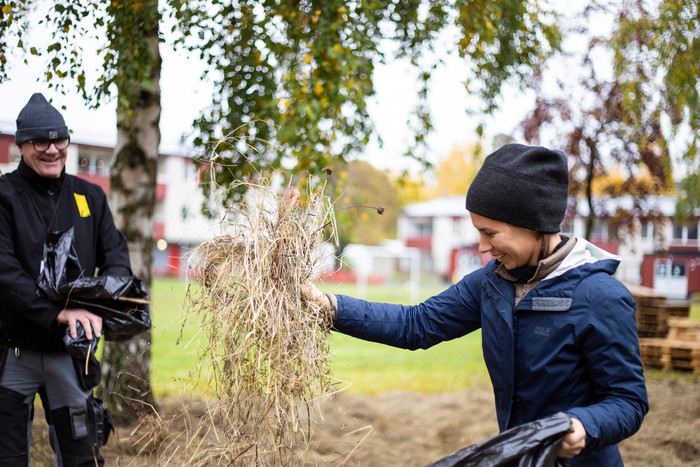 Per Svedberg, Gavlegårdarna, and Marita Wallhagen, researcher and project leader for Augmented Urbans.

On Ulvsätersvägen in Sätra, Gävle Municipality, there are several residential buildings with rental apartments. On a plot of land the lawn has been peeled off to make way for a future meadow.

– Now we’ve spread meadow hay here. The idea is to create more biodiversity and sow seeds from traditional cultivated fields in nearby areas. In the long-term, this will become flowery meadows which is not only beneficial to pollinators, but also creates more attractive environments for the residents, says Marita Wallhagen, architect, researcher and project manager of Augmented Urbans at the University of Gävle.

The project is a collaborative effort between several cities in multiple countries located near the Baltic Sea, with the purpose of working with sustainable urban development. 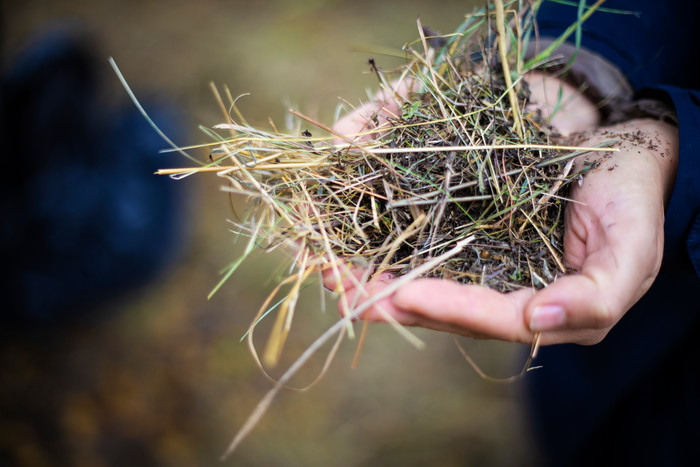 Marita Wallhagen, architect, researcher and project manager of Augmented Urbans at the University of Gävle