Stina Oscarson is a strong voice in social debates and one of the initiators to the seminar series “Sustainable democracy” which the University of Gävle has arranged for several years. 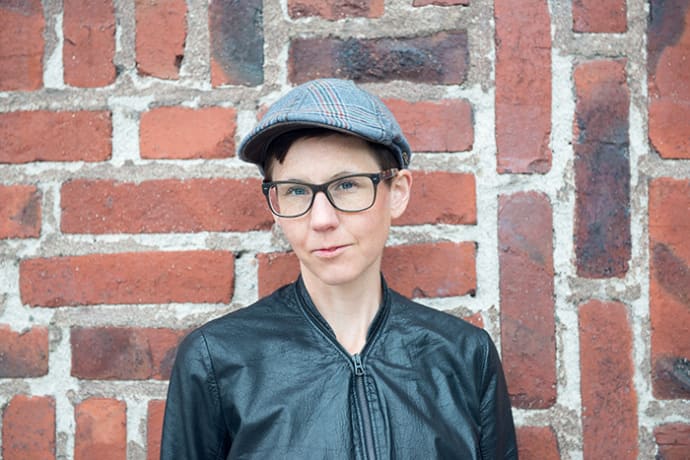 Stina Oscarson has been the artistic director of Orionteatern and the head of Radioteatern at Sveriges Radio as well as a director and a dramatist at many Swedish theaters. Currently, she is a culture columnist at Svenska Dagbladet, and she is regularly engaged as a lecturer and moderator.

In the last few years, Stina has been a strong voice in social debates. She emphasizes the importance of engaging in dialogue with your opponents. “That is all we’ve got. Conversations or weapons,” Stina Oscarsson said when the seminar series “Sustainable democracy” was initiated in the spring of 2017.

Stina Oscarsson is awarded an honorary doctorate by the University of Gävle because of her long-standing and determined commitment to promoting free speech, learning and democracy. In dialogues between academia and the surrounding society, in public debates and seminar series, she has explored the potential, credibility and vulnerability of science in a creative and open-minded manner.

Oscarson’s commitment to education and learning, to collaborations between academia and society and her work to fight fact resistance make her a truly worthy recipient of an honorary doctorate.

“It is with great humility and respect that I receive this award. Honestly, I am still a little shocked. I do not have a single higher education credit, and yet I will become an honorary doctor. However, I see this as a recognition of the value of each individual’s efforts to learn and of public education’s unrelenting faith in humanity,” says Stina Oscarsson.

“For any education institution, it is of absolute importance to promote tolerance and transparency and to safeguard the democratic dialogue. In this respect, Stina Oscarsson is a strong voice and an example,” says Ylva Fältholm, vice-chancellor at the University of Gävle.

The conferment of the honorary degree will take place at the Academic Ceremony on 12 April 2020.