Moving to another country with a strange climate and culture can be a challenge. Your life will change in many ways and you will need time to adjust. How do international students get used to language barriers, an unfamiliar climate and a small city? 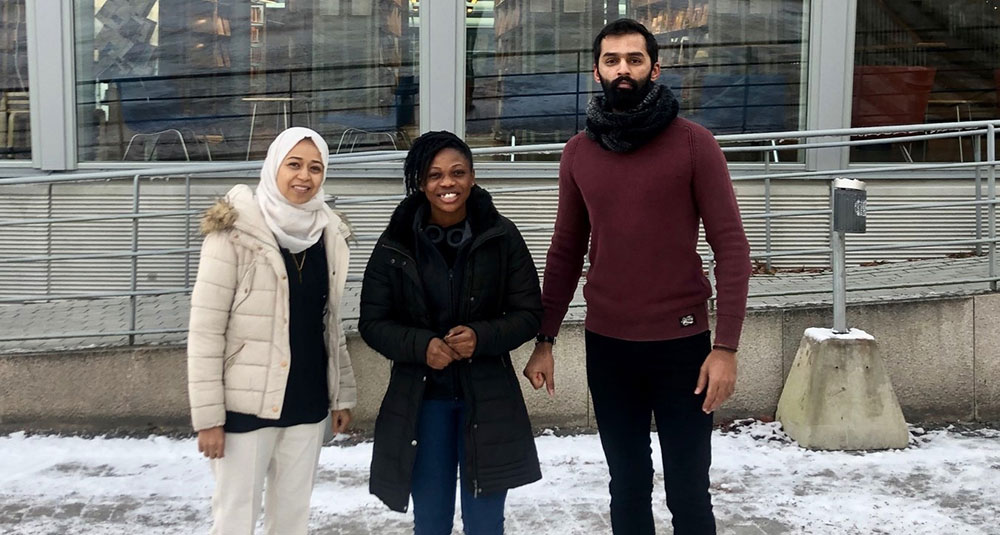 Lina Yeboah is one of the international students who started at the University of Gävle last autumn. When she left, she was very much aware of the Swedish climate and culture. Before her departure, she had been in contact with friends living in Sweden to get advice and tips on living in Sweden, but when she finally arrived in Gävle, she realized just how much she was bothered by feeling different from everyone else.

“Everyone else was speaking Swedish and I had to ask people to speak in English every time I wanted to talk to someone. The greatest challenge with moving here was to feel different wherever I was, but after a while I became used to it.”

Lina studies the Master Programme in Geomatics at the University. Her search for new experiences made her apply to Gävle and she does not regret her choice, even though she had a tough start with her studies.

The teachers want to see how we think

- In the beginning, the studies were challenging for me. From my time in school in Ghana I was used to focusing on theories and on memorizing these to be able to retell all that I could remember. Here, there is a greater focus on presentations and discussions; we read and do a lot of exercises, as the lecturers want to see how we think, which is very good.

She loves the tranquility here and realized very early on that Gävle was a perfect city for her. To Lina, a bigger city can be overwhelming, especially when you are a newcomer.

- Gävle is a very quiet and peaceful place. It is easy to get around and people here are more open and welcoming, ready to help you. This is really good for some one who is new and who is trying to create a new life. 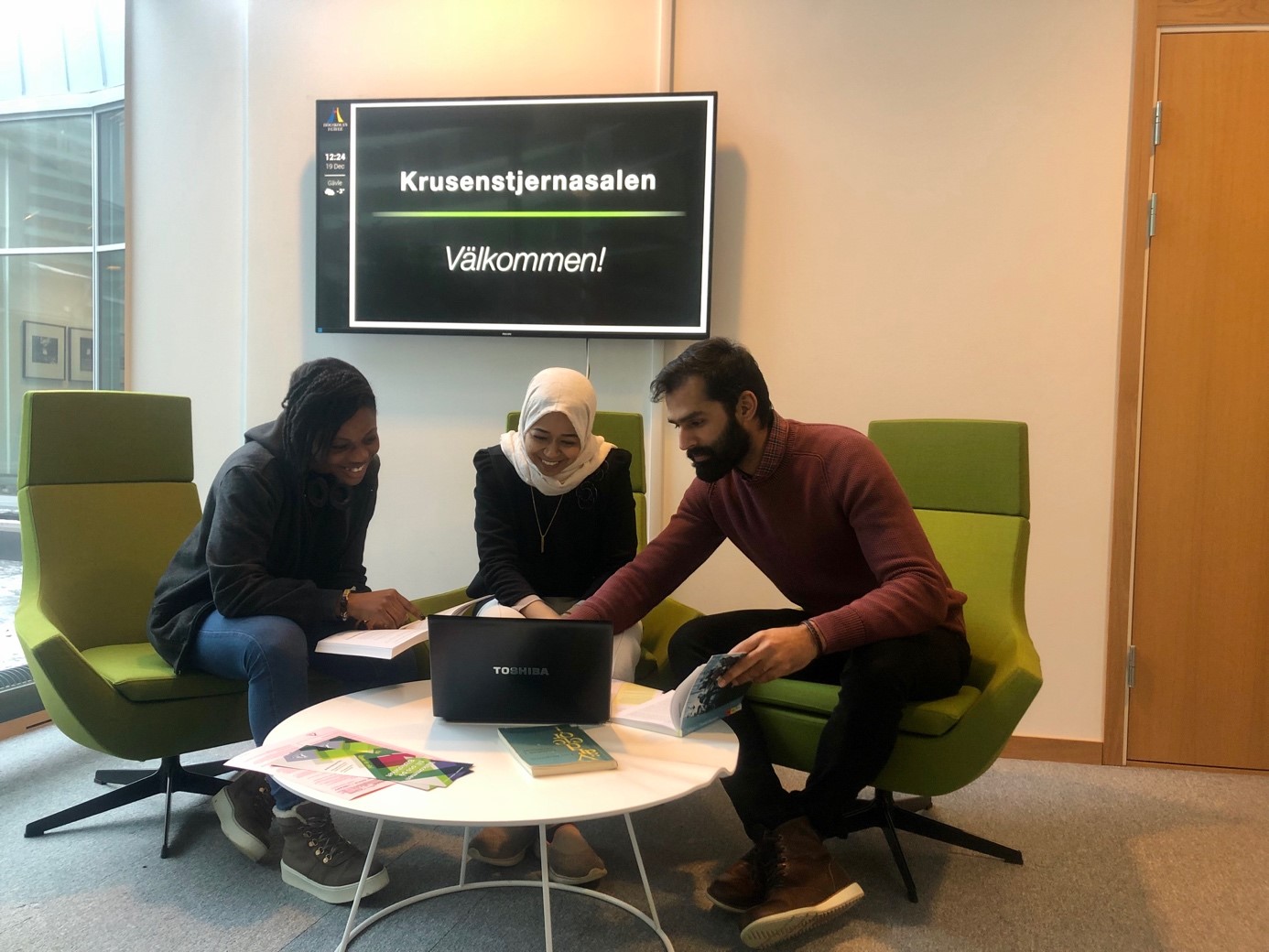 Saad Rehman, who studies the Master Programme in Business Administration at the University of Gävle, has returned to student life after a period of working as an accountant in his home country Pakistan. Now, he has lived in Gävle for almost year. When he came, chose student accommodations in Sätra, so he got to know other students very fast. It has been a dizzying and educational experience characterized by cultural and climate adaption.

- I came to Gävle last February and there was snow everywhere. It was very overwhelming. The first weeks were all about adapting to the circumstances and accepting the idea of living here with the snow, Saad says.

To Saad, Gävle is a small and harmonious city which is very affordable to live in compared to what Saad is used to. The quiet surroundings and the fact that he feels comfortable at the University eliminate stress factors and help him to become successful in his studies.

- Gävle offers an environment which makes it possible to succeed with your studies. Everything that brightens your life and makes your student days happy is here. There is a nice atmosphere here at the University and the studies are good, but not overwhelming. This gives me time for my private life.

Saad thinks that the surroundings are beautiful in Gävle and that Boulognerskogen is perfect for evening walks. The period between May and September is the best one, he thinks, and he has already found a favourite spot.

- Last summer, I bought a bicycle and I rode my bicycle almost every day. In this way, I found my favourite spot at Gävle Strand. I usually sit down on a bench there and just enjoy the sun and the surroundings.

Gävle was too small and too quiet for me

In contrast, Aala Elsafei thought that Gävle was too small and quiet.

She did not like Gävle when she moved here from Sudan the autumn before last. Gävle was much too quiet for her taste, but after a few discussion with her friends who are studying in Stockholm, she could see the advantages of living in Gävle.

- Gävle is a very calm and clean city. It is easy to get around here. You do not have to stand in line for different services like accommodation and transportation. Moreover, Gävle is geographically in a good spot, close to Arlanda and some major cities, Aala says.

Aala studies the Master Programme in Energy Systems at the University, and she is impressed by the lecturers’ approachability and their way of teaching.

- The lecturers are down-to-earth and flexible. They are always easy to get in touch with and really want to help you when you are wondering about something. At the lectures, they want to make sure that everyone understands.

The programme is designed to provide the students with broad knowledge in both practice and theory, and Aala findd the programme very rewarding.

- There is a great focus on assignments and presentations. I am not accustomed to that, since I am used to written exams. Here, you also focus on the structure of your text. It is not only about creating rich content. You also have to be able to write references in a correct format.

250 international students at the University

The fact that there are no personal identity numbers and bank accounts for students who are here for less than a year has created some desperation, but, in general, all students are satisfied with their programmes and can see themselves pursuing careers in Sweden when their studies are completed.