Final-year students from the programme in computer engineering at the University of Gävle have developed an app to make it fun and exciting to visit cultural sites. 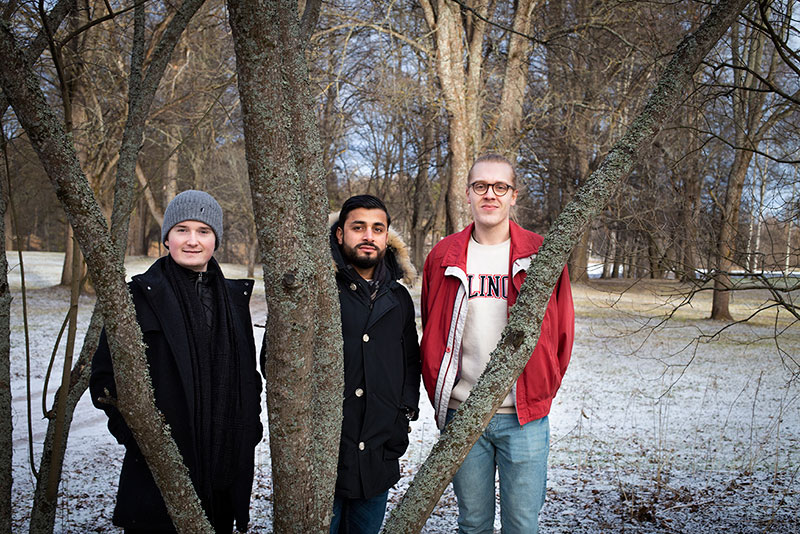 “Kulturjakten Gästrikland,” which the app is called, is about visiting cultural sites in Gästrikland. Only when you are standing within ten meters from the cultural site in question, will information regarding the site become visible. There is also an option to enter into a competition via a function that will give you points when you find a site.

The association Naturkraft Gästrikland ordered the app; they would like people to discover that getting out in nature is beneficial to your well-being. 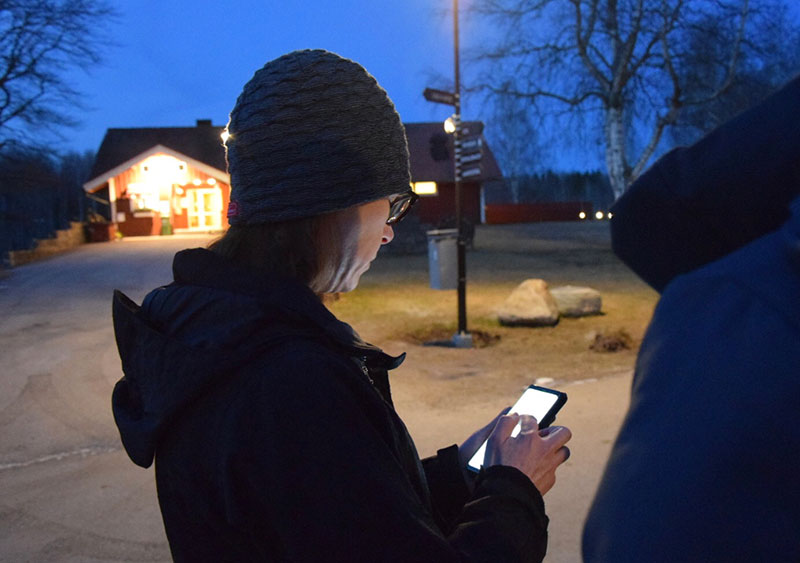 Jennie Wahlborg, coordinator of outdoor recreation at Länstyrelsen, has tested the app “Kulturjakten Gästrikland” which helps you to track down natural and cultural monuments.

“It was great fun to test the possibilities with this app. I believe in this. It is a great idea,” Jennie Wahlborg says. 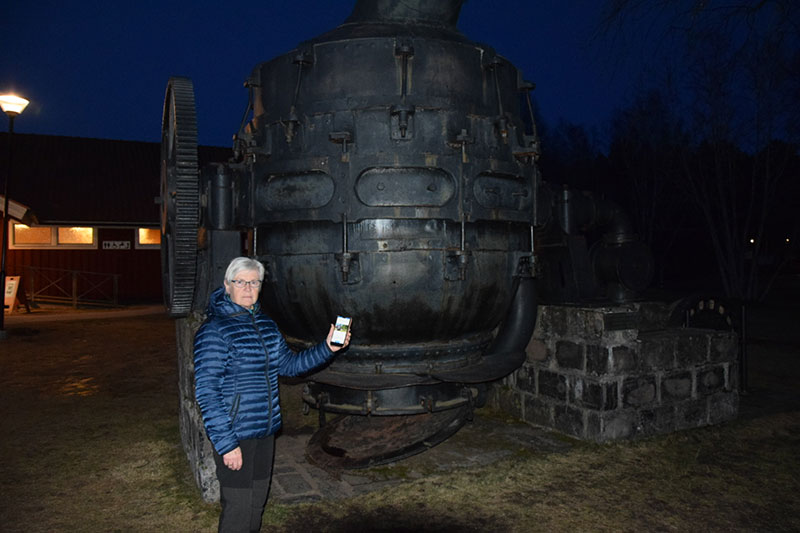 With the help of the app, Laila Bissman from Högbo bruk finds a description of a Bessemer converter used in the process of making steel from iron.

“Top marks to these unbelievably dedicated students who really have fulfilled all our wishes. I could employ them right away. Their app is so user-friendly that even we in this small association can continue to develop it. We have a plan to introduce “Fäbodjakten” (for shepherds’ huts) and “Kustjakten” (for the coast). This is so great,” says Jan Ola Bergström, who is the vice chair of Naturkraft Gästrikland.

“The app has turned out really well”

All three students are now in their final semester at the programme in computer engineering at the University of Gävle. At this point, a main focus is various projects. “Kulturjakten Gästrikland” is an example of a project with a real client.

Peshang Suleiman from Uppsala finds the programme with its focus on development and practical training a really good one.

“This project has been fun and rewarding. Its focus on a real client is a preparation for what we will do in the future, and we have learned a few new things as well,” Peshang Suleiman says.

Anton Lundström from Sandviken has a degree in behavioural sciences already, and he strongly believes in this combination. He thinks that he has an excellent education now.

“The app about Kulturjakten, which was produced for a real client who was as passionate about the project as we were, turned out very well,” Anton Lundström says.

Anton Ljunggren from Örbyhus started the programme directly after finishing upper secondary school and he longs to start working.

“I think that the programme has been great and now, when we have had the opportunity to do a real project, I see the importance of the foundation we have been given. The project has been the best thing we have done,” Anton Ljunggren says.