“This honorary professorship I was awarded by Amity University New Delhi paves the way for collaborations and strengthens the University’s reputation,” says Magnus Isaksson, professor in electronics och deputy vice-chancellor of strategic development. 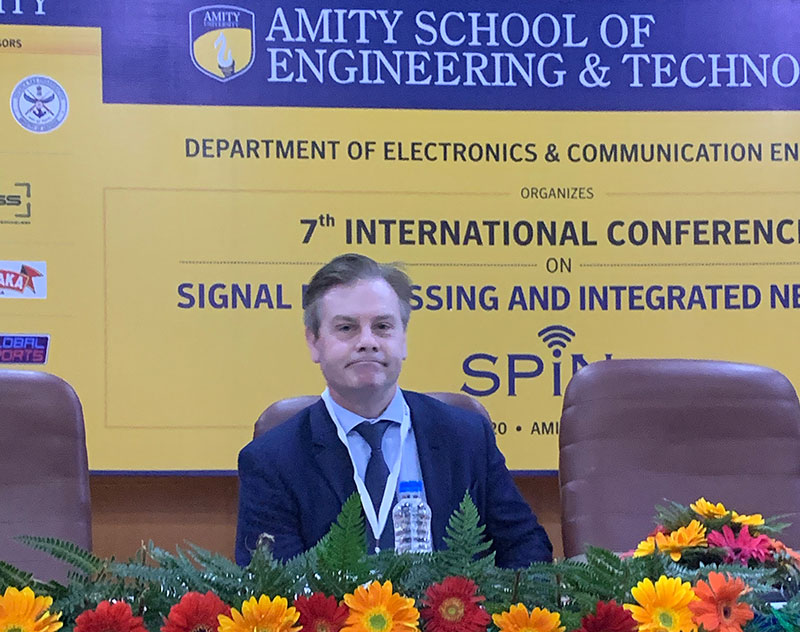 Magnus Isaksson received the award at the Amity University in New Delhi when he was key note speaker at an international conference on signal processing and integrated networks which focused on topics like robotics, wireless communication, medical image processing and pattern recognition.

Technology for an aging population

In his speech, Magnus Isaksson focused on how technology can help solve the global challenges of an aging population. In 2050, the percentage of people over 80 will have increased significantly.

“At the University of Gävle, we conduct cutting-edge research on creating opportunities for the sick and the elderly to continue to lead an active life even if they lose some of their mobility,” Magnus Isaksson says.

Research teams from Gävle have collaborated with Amity and a few other Indian universities regarding research on electromagnetism, on microwave radar technology and also within robotics.